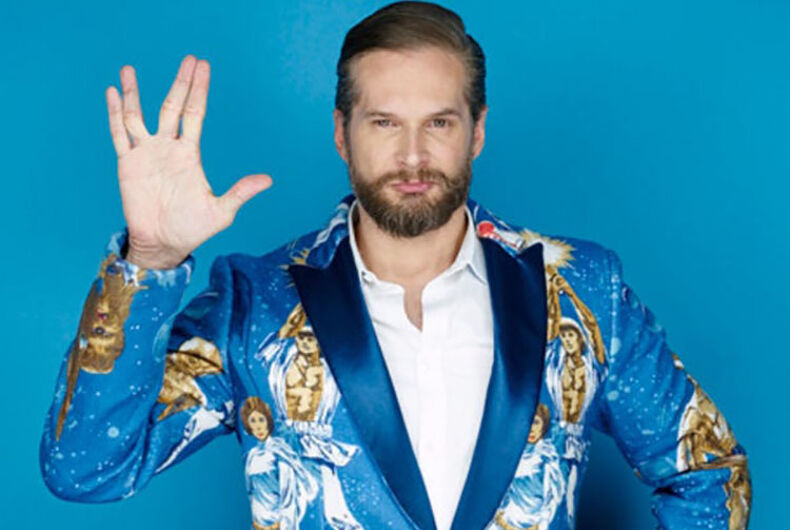 Bryan Fuller has left the bridge of his new CBS series, “Star Trek: Discovery,” reports Variety, but apparently will remain within communication range.

He’s being replaced as showrunner by executive producers Gretchen Berg and Aaron Harberts, according to the report. Berg and Harberts worked with Fuller on ABC’s “Pushing Daisies.”

Fuller will reportedly retain his title as executive producer, and it’s his vision that the show will follow. He wrote the first two episodes which will soon be filmed, Variety said. Fuller reportedly will still be involved in breaking stories.

Fuller, who revealed he was gay in a 2004 interview with After Ellen, tweeted the news Wednesday with an inside joke about the character of Commander William T. Riker, who was second in command in the 1987-1994 “Star Trek” TV spinoff, “Star Trek: The Next Generation:”

Riker spent 7 years of TNG unready for Captaincy, @GretchenJBerg @AaronHarberts are ready. Thrilled to see them in command of the Bridge.

CBS sources told Variety that the network liked what Fuller has developed to date, but ever since September, when it pushed back the premiere date from January to May, executives were growing concerned he was too invested in other projects to give “Discovery” the attention it needed. Episodes are costing CBS between $6-7 million each, according to the report.

Production is slated to begin in Toronto next month, Variety reported, and right now Fuller is busy juggling the final weeks of shooting and post-production duties on “American Gods” for Starz, as well as helming the reboot of “Amazing Stories” for NBC.

Writer-director Akiva Goldsman of “Fringe” fame is reportedly expected to join “Discovery” in a top creative role and will serve as producing support for Berg and Harberts, Fuller and executive producer Alex Kurtzman.

CBS has chosen “Star Trek: Discovery” to be the crown jewel in its CBS All Access SVOD service. Although the first episode will air on the CBS television network, the subsequent episodes will only be available via subscription online in the United States and via Netflix overseas. The service in the U.S. will cost $5.99 month, and $9.99 month for the commercial-free version.

Adding to the pressure from the studio is the fact that the lead character, described by Fuller as a female lieutenant commander, has yet to be cast. In prior interviews, Fuller also promised fans a recurring character on the ship would be gay, a first for “Star Trek.” There’s been no announcement yet on cast or characters.

Here’s the only clip CBS has released so far to promote the new series.