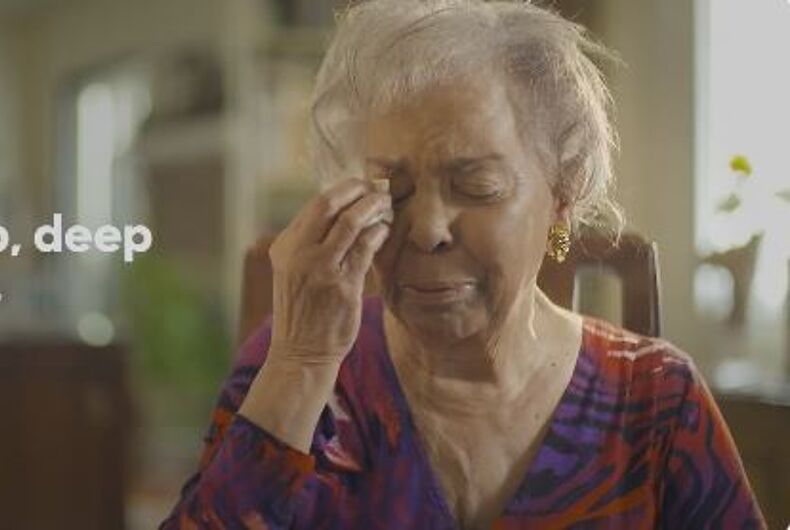 In 1973 the U.S. Justice Department sued Trump Management Corporation for race based discrimination for allegedly not renting to people of color. Hillary Clinton brought the issue up during the first debate and now has a new campaign ad out highlighting one of the victims of that discrimination.

Her name is Mae Wiggins and she says that she still suffers pain at the memory of being denied an apartment based on the color of her skin.

Wiggins was suspicious when turned down for an apartment in one of the buildings owned by the company Donald Trump was the president of at the time, and took her complaint to the New York Human Rights commission. They sent a white couple over to see if they would be allowed to rent the apartment that Wiggins was told was unavailable, which they were, prompting a legal battle.

Trump likes to point out that they settled the case without admitting fault, which is true but is not much of a defense.

“The proof was so clear that the Justice Department was able to obtain a strong consent decree. It is functionally the same as being found guilty of discrimination, except you don’t have to admit discrimination,” Rep. Eleanor Holmes Norton, former head of the NYC Human Rights Commission, says in the ad.

And as Democratic vice presidential nominee Tim Kaine points out, it was not the last time Trump was accused of racial bias.

“If he carries this practice over as president, I fear for certain minority groups,” Wiggins says. “He is not worthy of becoming president of this country.”

"My name is Mae Wiggins. I was denied an apartment in the Trump buildings based on the color of my skin." pic.twitter.com/ds8NkkV0T2