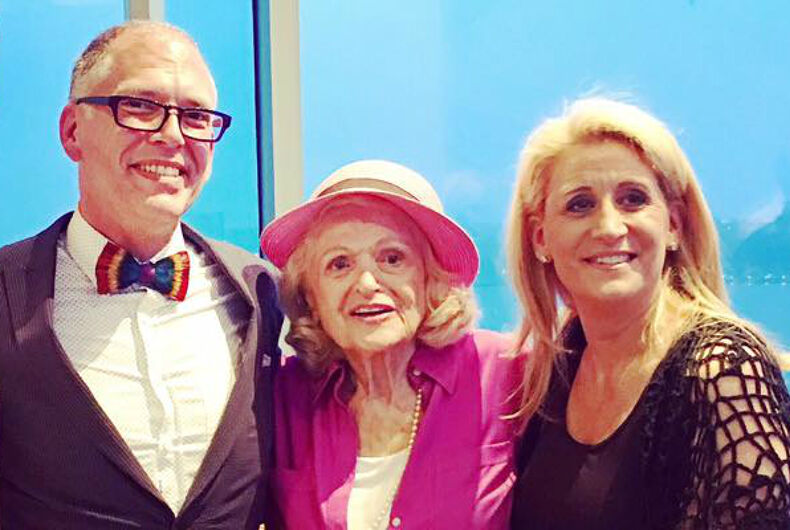 Edith Windsor is best known for her historic marriage equality case, in which she sought to be legally recognized as her late wife’s widow and ended up taking down the Defense of Marriage Act.

But after spending years in the spotlight for the love she lost, the octogenarian activist remarried to activist and finance executive Judith Kasen in New York on Monday.

Windsor, 87, and Kasen, 51, married in a simple courthouse ceremony with a single witness, a little less than a year after the couple’s first date, the New York Times reports.

Before the two started their relationship, Windsor held out little hope for future romance.

“I had no sense that anyone wanted anything from me except pictures,” she told the New York Times. “I was empty and then this woman walked into my life. I didn’t think it would happen again and it did. She is it.”

Kasen, a vice president for Wells Fargo Advisors, said she had her eye on Edith long before the she took notice. They ran in similar circles, frequently bumping into each other at LGBT rights events, where Kasen would try to flirt with Windsor.

Today, the couple is plotting out their future. In February, they will attend an Olivia Cruise where Windsor has a speaking engagement. And come 2017, if Donald Trump wins the presidency, they’re apparently contemplating a four-year vacation to Barcelona.