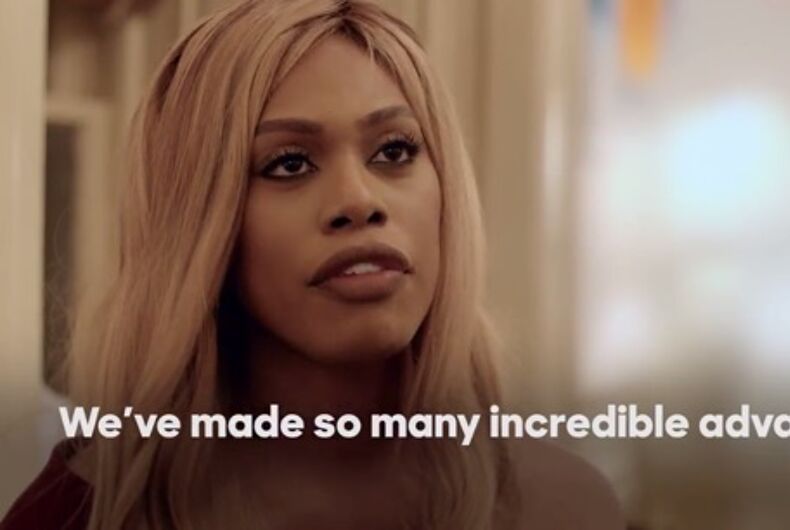 “Hillary Clinton is the only candidate running for President who is going to really fight for us,” Cox says in the ad after highlighting North Carolina’s onerous HB2 law that nullified local nondiscrimination protections for LGBT people and requires transgender people to use the bathroom associated with their original gender markers.

“What we see unfortunately in the Republican Party, what we see on a policy level, is a party that has consistently tried to disenfranchise people of color, disenfranchise working people, LGBT people, take away women’s control over their bodies, and that is just something I can’t support,” Cox says. “There are so many things that are working to divide us and pull us apart, but we always have to fight.”

Watch the entire ad below.

Confusion reigns: Does the Catholic Church accept LGBT people or not?