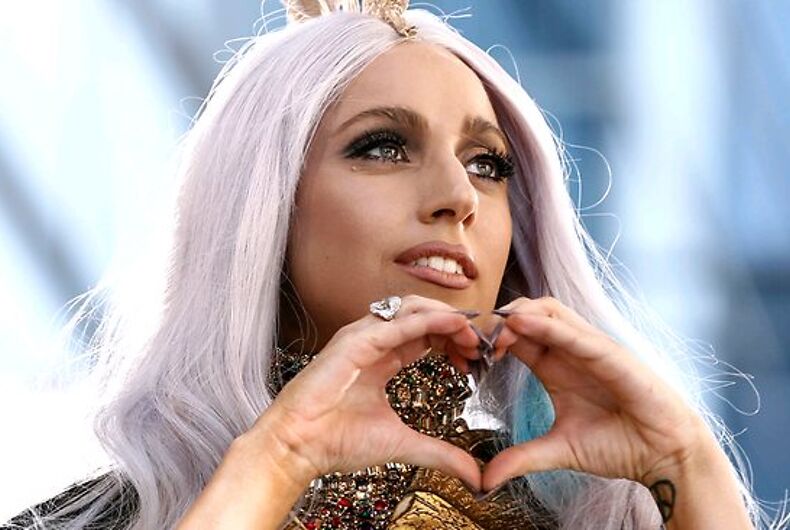 Following the recent outpouring of accusations of sexual assault against Donald Trump, some are questioning why these women didn’t speak out sooner.

Lady Gaga is encouraging women to share their reasons for not reporting sexual assault using the hashtag #WhyWomenDontReport, which began to go viral after Vox senior correspondent Liz Plank promoted it in response to #TrumpsNextFakeVictim.

“Thank you to the panelists @AC360 for explaining why women are coming forward now,” Gaga tweeted, in response to a panel about sexual assault on Anderson Cooper’s show. “Because Trump’s words [at the] debate sent abused women into a panic.”

She noted that she was among the women retraumatized by Trump’s comments and praised the women who were coming forward with accusations against him.

Check out&trend #WhyWomenDontReport to have a better understanding. For me, it was like re-living it all over again. I applaud these women.👏

“For me, it was like re-living it all over again,” Lady Gaga said, referring to her own experiences with sexual assault.

She talked about why she didn’t report a sexual assault she experienced early in her career in a 2015 interview with Howard Stern.

“I’ll be damned if somebody’s going to say that every creatively intelligent thing that I ever did has boiled down to one dickhead that did that to me,” she said. “I’m going to take responsibility for all of my pain, looking beautiful, and all the things that I’ve made out of my strife.”

Now that her career is firmly established, Gaga has become an outspoken advocate for survivors of sexual assault. Her gut-wrenching ballad “Til It Happens to You” describe the experience of surviving sexual assault and how people tell survivors what to think, feel, and do, instead of listening.

Other celebrities are boosting the signal, including actress Rose McGowan, who tweeted last week the “open secret” that she had been raped by a top hollywood executive but never took it to court because she was told she could never win.

a (female) criminal attorney said because I'd done a sex scene in a film I would never win against the studio head. #WhyWomenDontReport

Most sexual assaults (63 percent) are not reported to police and that number spikes to 90 percent on for sexual assault victims on college campuses, according to the National Sexual Violence Resource Center.

And even when rapists are reported, charged, and convicted, their sentences are often short and the media often defends the perpetrators while maligning the victims.

Because your rapist's dad might write a victim-blaming letter focused on his son, Brock Truner's inability to eat steak. #WhyWomenDontReport

Men are joining in the conversation, too.

Because we live in a world where if a woman is assaulted it is her fault and not person who assaulted her. #whywomendontreport #rapeculture

What do you think are the reasons why rape and sexual assault often go unreported?

France will no longer force the sterilization of transgender people

Tens of thousands march against same-sex marriage in Paris