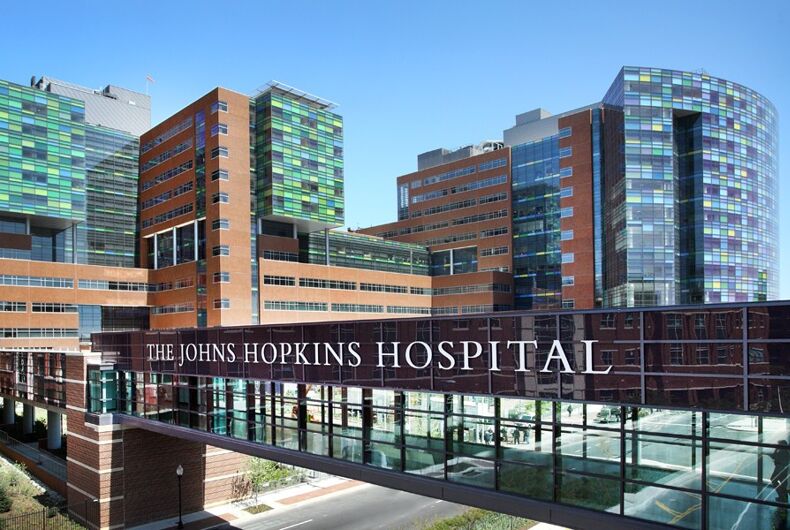 Johns Hopkins Medicine became the first academic medical center to perform gender-affirming surgeries for transgender people back in 1965. But shortly after breaking ground, the center reversed course, halting the surgeries and taking a controversial stance on transgender health.

But thanks to mounting criticism against the respected medical center — and faculty member and psychiatrist Paul McHugh in particular — Johns Hopkins has announced it will resume offering transition-related medical care, Think Progress reports.

“We have committed to and will soon begin providing gender-affirming surgery as another important element of our overall care program, reflecting careful consideration over the past year of best practices and the appropriate provision of care for transgender individuals,” the medical center wrote in a letter to faculty earlier this month.

McHugh has gained a reputation as a leading anti-transgender activist and was responsible for halting the transgender surgical program in 1979. He explained in 2004 that he believed transgender people need mental health services, not medical ones.

“I concluded that Hopkins was fundamentally cooperating with a mental illness,” he said. “We psychiatrists, I thought, would do better to concentrate on trying to fix their minds and not their genitalia.”

That same year, the World Professional Association for Transgender Health (WPATH) — broadly considered the international standard-bearer on transgender health issues — released its Standards of Care, which advocated for the exact opposite.

In its letter, Johns Hopkins made clear that while it supports its faculty’s right to free speech, it doesn’t necessarily endorse what they say.

“When individuals associated with Johns Hopkins exercise the right of expression,” the letter said, “they do not speak on behalf of the institution.”

While the letter did not call out McHugh specifically, the most recent wave of criticism came following an article in The New Atlantic, co-published by McHugh and colleague Lawrence Mayer. Critics say the special report on “Sexuality and Gender” cherry-picks from existing research to make a case against LGBT identities and rights.

Johns Hopkins has struggled against accusations of anti-LGBT bias, from the treatment of individual patients to who it chooses to speak for the center.

Before he was a candidate for president, Ben Carson was invited to speak at the university’s 2013 commencement. Carson, the former director of Johns Hopkin’s pediatric neurology department, ultimately withdrew after students and others protested his anti-gay comments. He has also stated that he thinks being transgender “doesn’t make any sense.”