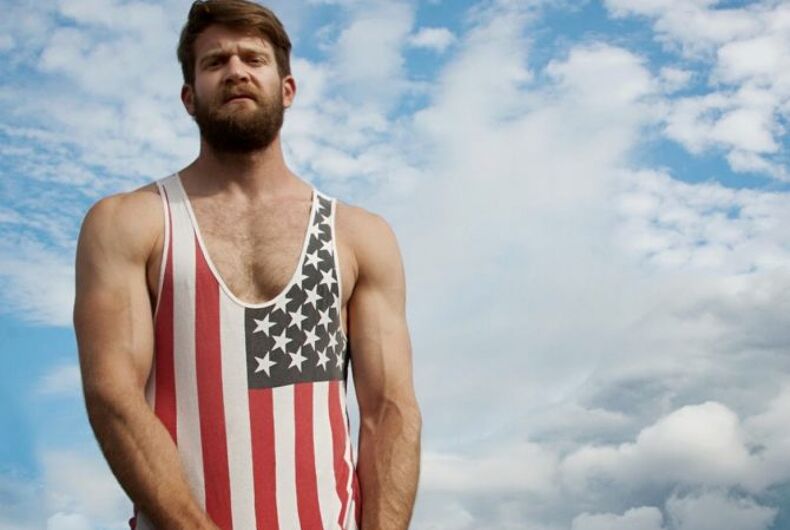 Gay actor and Communist Colby Keller said he would vote for Donald Trump in 2016 as a "destabilizing force."Photo: Publicity photo

Some gay men who are voting for Trump prefer to keep their political leanings a secret. But adult film star Colby Keller is not one of them.

The self-described Communist was outspoken about his decision to vote for Trump in a recent interview with office magazine (note: NSFW image at link) and the podcast “Sass to Mouth.”

“I think he’s a destabilizing force. I’m skeptical of him, too, and who exactly is behind Trump. But given that there’s eternal dissent in the Republican Party, that leads me to believe that whatever he represents might be a destabilizing force,” Keller said. “And he’s made a lot of overtures to Russia and China, which in some ways could be thought of as an encouraging thing.”

The actor, who has had some mainstream success and is currently starring in the HBO series “High Maintenance,” noted that he doesn’t actually “support or endorse” any of Trump’s policies. Rather, his reasons for supporting a Trump presidency are more anarchistic.

“I just think it’ll escalate the problem, which is the best we can hope for,” Keller explains.

Keller shares more about his views in a recent podcast interview with “Crass to Mouth.”

“I wouldn’t say I’m a Trump supporter,” Keller tells the hosts, before confirming he still plans to vote for the Republican candidate.

Co-host Tommy O’Malley, also a gay man, asks Keller how a Trump vote aligns with his Communist beliefs: “What benefit to the group does voting for Trump pose to you?”

After riffing about democracy, Keller hones in on his central argument, that the political system is so broken it might take something as “ugly” as a Trump presidency to break it open.

“It’s our culture which creates Donald Trump,” Keller explains. “Yeah, he’s a horrible douchebag, I think everybody can all agree on that, but he’s a reflection of who we are as a people. That’s what we have to come to terms with.”

For Keller, voting for Trump is an act of “protest,” though not necessarily in the same way it might be for Trump’s other supporters.

“This is political theater, it’s entertainment, it’s not real. it doesn’t matter who you vote for,” Keller says. “I think for me, he’s a protest, and I think he is for the majority of people who vote for him.”

Listen to the whole conversation here.

What to expect, and watch for, at the second Clinton-Trump debate