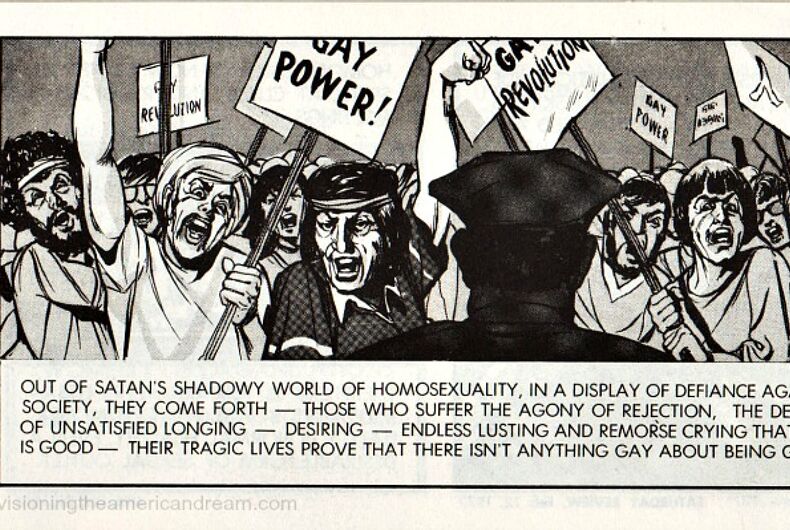 LOS ANGELES (AP) — Jack Chick, whose cartoon tracts preached fundamentalist Christianity while vilifying secular society, evolution, homosexuality, and the beliefs of Catholics and Muslims, has died. He was 92.

Chick Publications, based in Rancho Cucamonga, says its founder died peacefully in his sleep Sunday evening.

Chick published his first tract in 1961. He and other illustrators produced several hundred over the decades.

Homosexuality, evolution, Catholicism and Islam were frequent targets but the lurid tracts also portrayed everything from rock music to Harry Potter as literal traps of the Devil.

The tracts were criticized for using debunked or one-sided arguments and stereotypical portrayals of blacks, gays and others. But they also attracted fans who cherished them as quirky works of art.

Chick Publications says hundreds of millions have appeared in more than 100 languages.