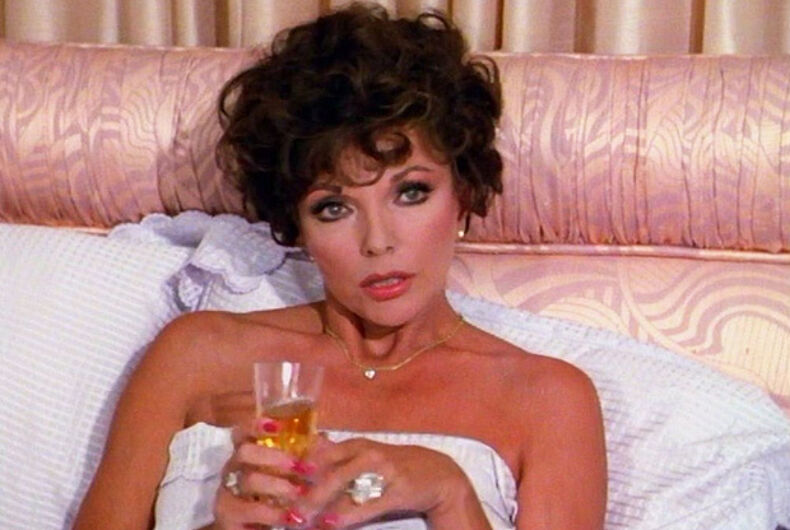 The CW is resurrecting the iconic 80s soap opera Dynasty with a modern twist.

The original series co-creators are joining forces with Gossip Girl creators Josh Schwartz and Stephanie Savage and Revenge writer-producer Sallie Patrick to reboot the nighttime drama. Details are relatively scarce still, but the network has leaked a big change to the show.

The show followed the misdeeds and adventures of two extremely wealthy families including oil tycoon Blake Carrington, his daughter Fallon, and Krystle Jennings, Carrington’s much younger fiance and former secretary. In the updated version, Krystle will become Cristal and will be portrayed by a Latina, giving the long simmering feud between Fallon and Cristal some racial and economic undertones.

No word yet on any confirmed cast members.

The original series aired on ABC from 1981-89 and was produced by Aaron Spelling.

These gay men secretly admit they are voting for Donald Trump