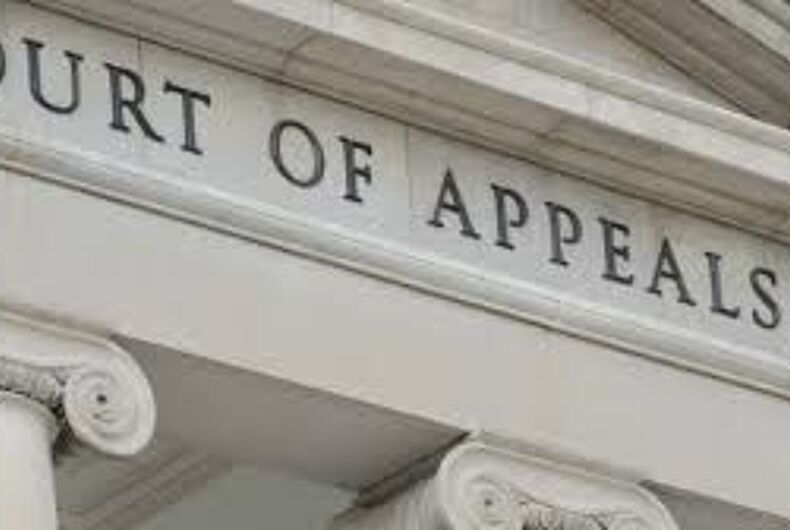 CHICAGO (AP) — A federal appeals court Tuesday vacated a decision by three of its own judges who recently ruled in an Indiana case that existing federal workplace-discrimination law does not cover sexual-orientation bias and said the full Chicago-based court will rehear the issue.

The three-judge panel of 7th U.S. Circuit Court of Appeals in July upheld a lower court’s dismissal of a lawsuit filed in 2014 by Kimberly Hively of South Bend, Indiana, a former part-time instructor who said Ivy Tech Community College in her hometown didn’t hire her full time because she is a lesbian.

Civil rights groups said in filings calling on the 7th Circuit to do what it has now done that Hively’s case is a chance “to correct its outdated and unworkable interpretation” Title VII of the 1964 Civil Rights Act and to expand the scope of its protections to include LGBT workers.

A brief, two-sentence order posted Tuesday by the 7th Circuit didn’t explain why a majority of the nine active judges on the court asked for the full-court session, called an “en banc” rehearing. A date for lawyers to argue their positions in court should be scheduled soon.

A decision to rehear an issue already decided by a smaller panel is rare, occurring in the 7th Circuit no more than a few times a year. It can indicate that some judges believe an initial ruling was flawed.

In its July opinion, the three-judge panel criticized the lack of sexual-orientation workplace protections, saying “it seems unlikely that our society can continue to condone a legal structure in which employees can be fired, harassed, demeaned, singled out … paid lower wages, demoted, passed over for promotions, and otherwise discriminated against solely based on who they date, love or marry.”

The ruling added that any changes can’t come from a circuit court of appeals but must come from Congress or a decisive opinion by the U.S. Supreme Court. The ruling noted the irony of the landmark 2015 Supreme Court decision that legalized same-sex marriage but left the question of workplace discrimination unresolved.

Hively, who began teaching part time at Ivy Tech in 2000, alleged the school turned her down for each of the six full-time positions she applied for — despite never having received a negative evaluation.

© 2016, Associated Press, All Rights Reserved.
This material may not be published, broadcast, rewritten, or redistributed.
News (USA)
federal courts, Indiana, nondiscrimination laws, U.S. Court of Appeals for the Seventh Circuit

McCrory, Cooper blasted each other on LGBT law in NC gubernatorial debate