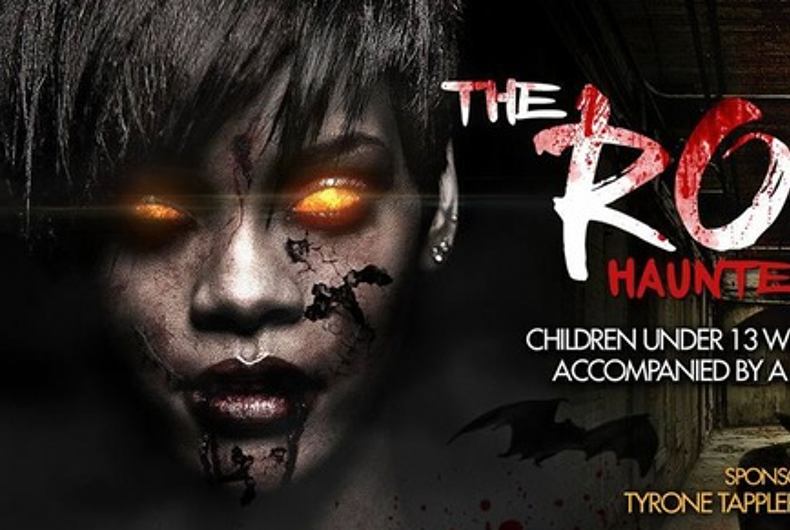 The Christian haunted house planned to depict the massacre at the Pulse nightclub in Orlando.

A Chicago elementary school has cancelled a haunted house after learning the Christian organizers planned to depict the massacre at Orlando’s Pulse nightclub.

“The Room: A Journey to Hell,” initially scheduled to take place over the Halloween weekend, was described on a tickets sales page as featuring “life or death” moral choices.

“Guests will experience IN YOUR FACE scenes of dark reality,” the description read. “You will walk in 10 Rooms and encounter individuals who will make choices. The choice is life or death; sin or salvation; heaven or hell. The scenes will be action-packed, real and jaw dropping.”

The Chicago Public School System told the Windy City Times on Friday that the event will not be held at the school. “Hell houses” like this one are popular among some evangelical Christian groups.

“The event organizers mischaracterized the true content of the event, and we did not approve any association with the activities the organizers have now advertised,” CPS spokesman Michael Passman said. “The event will not be held on CPS property.”

Tickets for tonight’s scheduled event are still listed as available on Eventbrite for $10-$20, though Facebook and Twitter accounts for Tyrone Tappler Productions and “The Room” appear to have been deleted.

The Windy City Times reports that a casting call for the event posted to Facebook last month described it as a “Christian interactive experience” and specifically sought extras for its Pulse scene:

Someone affiliated with the event expressed disappointment yesterday after learning about the cancelation. Lateef Williams posted on Facebook, blaming the critics and saying that the director is receiving hate mail.

“Hating is a common trait someone called CPS and had our production shut down the day before showtime they said it was offensive and demeaning for it to be on school grounds,” Williams wrote. “We worked so hard on this production our director is getting hate mail and messages for trying to shed light on the truth of the world.”

Others associated with the production expressed faith that God would remedy the situation.

“They are some sad haters,” wrote Tralynn Brown. “God will work it out.”

According to New Now Next, the organizer announced on Facebook that the event had been “banned” and promised refunds to all ticket-holders.

The Great Gay Holiday: A celebration of Halloween’s LGBTQ influence