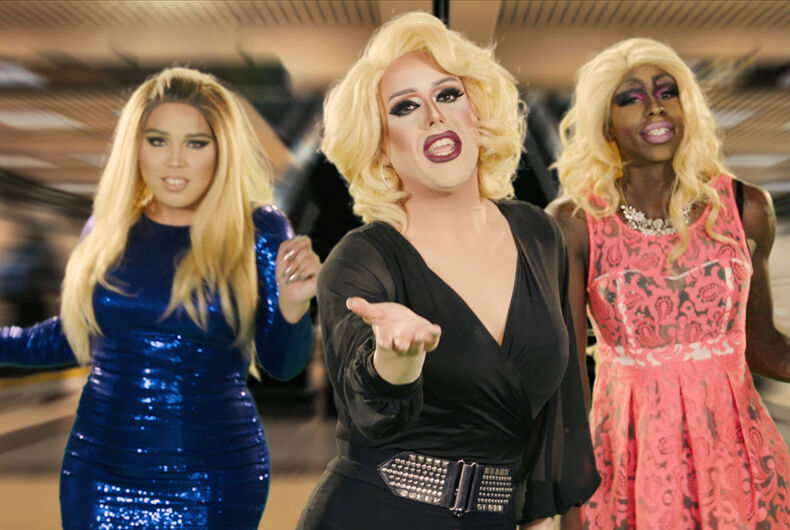 It’s a tune we’ve hear before. Politician uses popular song, musician (or label) says not so fast. Yet candidates never seem to learn to get permission before adopting a song to promote their campaign.

The most recent — or at least, most colorful — case comes from Scot Wiener, current San Francisco eighth district supervisor and candidate for California State Senate.

While you have to give the guy credit for creativity, the record label executives over at Sony were apparently not amused.

Susan Arnold, a vice president of Sony/ATV, sent Wiener a letter accusing him of “unlicensed copyright exploitation” and giving him three days to remove the video or face legal action, the San Francisco Chronicle reports.

But Wiener and his cadre of queens are fighting to keep the campaign video by attempting to appeal directly to Katy Perry.

“While we respect these laws (and your artistic rights!), we would love to keep playing this fun video. Would you please help us and talk to Sony so that we can keep playing our video?” the drag queens write in an open letter. “We’ve had such positive feedback, and we want to keep this running, bringing positive, fun energy to a campaign season filled with Trumpism!”

Katy Perry is an outspoken supporter of LGBTQ equality and of Hillary Clinton. No word yet on whether she’s received their message, or responded to it.

Check out a the video below, while you still can.