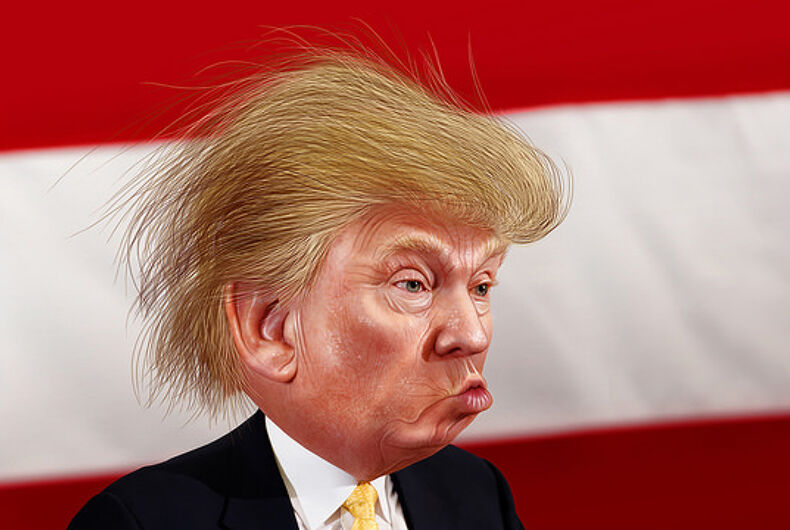 Many Republicans continue to stand by Donald Trump (largely with gritted teeth), and religious right leaders in particular are full-throated in their support of his election. But not everyone is lining up like a good soldier. From a few surprising quarters, you can hear the dissent.

The dissenters aren’t just complaining about Trump and his pervy behavior. They are pointedly taking on his supporters, and in particular the family values Christians who are willing to overlook Trump’s behavior as long as he appoints another Scalia to the Supreme Court. With the exception of Steve Schmidt, who has been supportive of gay causes, none of the dissenters are remotely allies. But they are people of principle.

JOHN GALLAGHER Here are five examples of unexpected opponents who are willing to call out Trump’s Christian supporters for the bald-faced hypocrites they are.

“It exposes at such a massive scale and at such magnitude the hypocrisy of the Tony Perkinses and the Jerry Falwell Jrs. and the Pat Robertsons. These people are literally the modern-day Pharisees, they are the money changers in the temple, and they will forever be destroyed from a credibility perspective. There are millions of decent, faithful, committed evangelicals in this country who have every right to participate in the political process. But this country doesn’t ever need to hear a lecture from any one of these people [Perkins, Falwell, etc.] again on a values issue, or their denigration of good and decent gay people in this country.”

“These evangelical leaders have said that, for the sake of the ‘lesser of two evils,’ one should stand with someone who not only characterizes sexual decadence and misogyny, brokers in cruelty and nativism, and displays a crazed public and private temperament — but who glories in these things. Some of the very people who warned us about moral relativism and situational ethics now ask us to become moral relativists for the sake of an election.”

“I’m one among many women sexually abused, misused, stared down, heckled, talked naughty to. Like we liked it. We didn’t. We’re tired of it. Try to absorb how acceptable the disesteem and objectifying of women has been when some Christian leaders don’t think it’s that big a deal.”

“I never thought I’d see the day when leading evangelicals would publicly espouse that character doesn’t matter — and that promoting sexual assault is simply ‘bad boy talk.’…I honestly don’t know what makes me more sick. Listening to Trump brag about groping women or listening to my fellow evangelicals defend him.”

“Enthusiasm for a candidate like Trump gives our neighbors ample reason to doubt that we believe Jesus is Lord. They see that some of us are so self-interested, and so self-protective, that we will ally ourselves with someone who violates all that is sacred to us—in hope, almost certainly a vain hope given his mendacity and record of betrayal, that his rule will save us.”