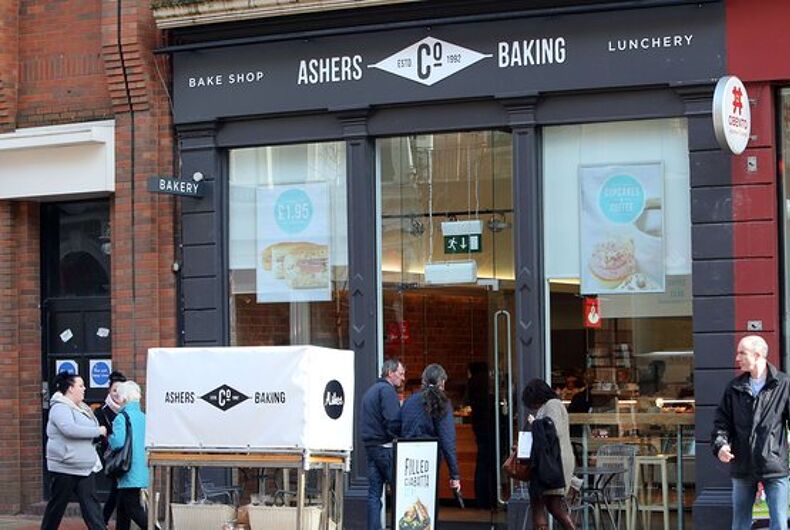 BELFAST, Northern Ireland (AP) — A Belfast bakery on Monday lost its appeal of a ruling that it discriminated against a gay customer by refusing to bake a cake decorated with a message supporting same-sex marriage.

The judgment against Ashers Baking Co. found that the family-run chain was wrong to treat gay customers any differently from heterosexuals. The Ashers directors argued they were happy to bake goods for anyone but could not put messages on their products at odds with their Christian beliefs.

The Northern Ireland Equality Commission pursued the lawsuit against Ashers on behalf of the spurned customer, who had ordered the cake for a gay rights event. Monday’s judgment by the three-judge Court of Appeal found that the bakery had discriminated against the customer and violated British human rights law.

Lord Chief Justice Sir Declan Morgan rejected the bakery’s central argument that it would be endorsing gay marriage by making the cake.

“The fact that a baker provides a cake for a particular team or portrays witches on a Halloween cake does not indicate any support for either,” he said during his 30-minute reading of the full ruling.

Equality commission director Michael Wardlow said the upheld 2015 judgment clarified the legal responsibility of businesses to ensure they don’t refuse service to anyone.

“If you’re a person of faith and choose to trade in the commercial realm, the judge has said that you have a responsibility too,” Wardlow said.

Members of the McArthur family who own Ashers sat impassively in court following the ruling and offered no immediate reaction.

These are the most LGBT-friendly cities in the United States