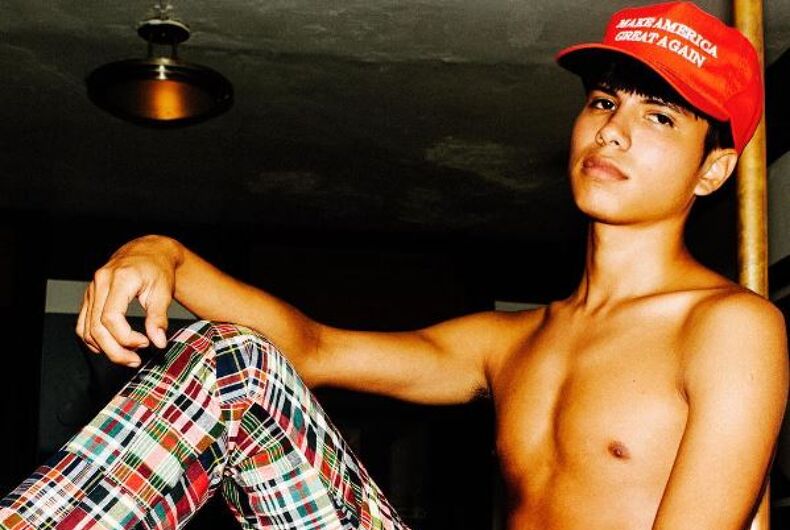 Organizers of an art show featuring works in praise of Donald Trump, called #DaddyWillSaveUs, is scrambling to find a new home after their gallery cancelled the event just days before it was set to take place in Brooklyn, N.Y. on Saturday.

“I would end Obamacare and replace it with something terrific!” – Donald #Trump #Trump2016 #Twinks4Trump #MakeAmericaGreatAgain 😘🐘

The show is to feature the “Twinks For Trump” photographs of Lucian Wintrich, which were on display at an event at the Republican National Convention, as well as contributions from Breitbart Tech editor Milo Yiannopoulos, Vice co-founder Gavin McInnes James O’Keefe and disgraced “pharma bro” Martin Shkreli. O’Keefe is famous for his deceptively edited videos against groups like ACORN and Planned Parenthood. Shkreli became famous for increasing the price of a drug used by some HIV patients from $13.50 to $750 per tablet. He had been a supporter of Bernie Sanders, attempting to give him a campaign donation, which was returned. Trump has called him “zero,” “nothing” and “a spoiled brat.”

Yiannopolous made headlines for his involvement in the bullying of Ghostbusters star Leslie Jones, resulting in a lifetime ban from Twitter.