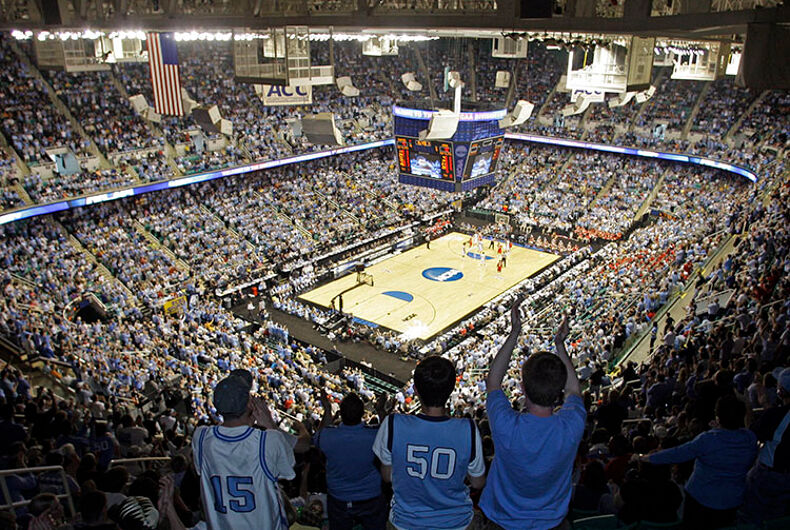 The NCAA has relocated its men’s basketball regional tournament to Greenville, South Carolina, after withdrawing the event from Greensboro, North Carolina, because of that state’s law restricting the rights of LGBTQ people.

That law is known as House Bill 2, dubbed by opponents “Hate Bill 2” or simply “the bathroom bill.” It restricts transgender people to the bathrooms matching their gender listed on their birth certificates, and bans local municipalities from enacting ordinances that would add protections against discrimination for LGBTQ and other people.

The NCAA announced the move Friday after pulling seven championship events from North Carolina last month. The first and second rounds of the men’s basketball tournament will be played at the Bon Secours Wellness Arena.

The NCAA also announced the relocation of the following events:

— the Division I women’s soccer championship to San Jose, California.

— the Division I women’s golf regional championships to Athens, Georgia.

— the Division I women’s lacrosse championship to Boston.