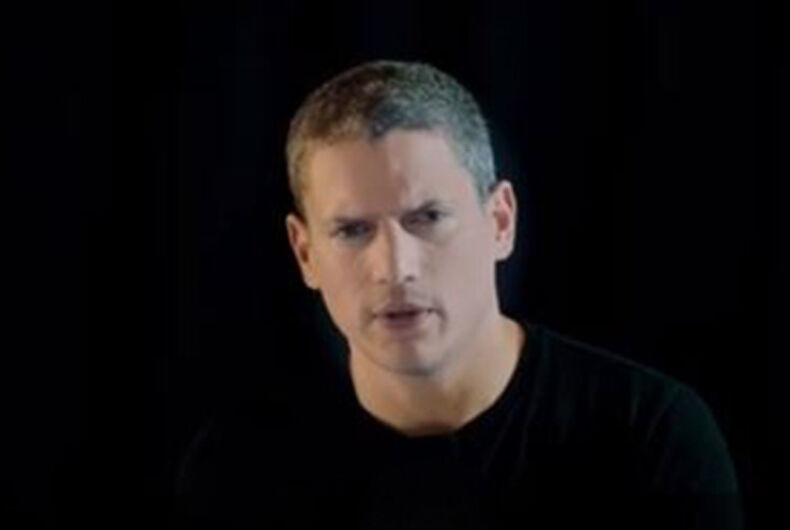 Actor Wentworth Miller stars in a new video to help raise awareness around living with depression and to encourage those suffering to reach out for help.

Wentworth is most known for his role in the TV show “Prison Break.” He came out as gay in 2013 after years of denying it, saying he lied for the sake of his career. He has shared that he tried to commit suicide more than once growing up. When he was mocked on The Lad Bible‘s Facebook page for his post “Prison Break” weight gain he shot back that he was suicidal at the time, prompting an apology.

“Each year, depression affects an estimated 15 million people in the United States and 350 million worldwide. If depression is part of your story, there is hope,” Miller says in the video, adding, “Don’t be afraid to take the first step. Someone cares.”

He encourages those in need to find a support group through the Anxiety and Depression Association of America, and for those in serious crisis to call the National Suicide Prevention Lifeline at 1-800-273-TALK, or text “START” to 741-741.

Watch the video below, which was made in conjunction with The Mighty.

Transgender woman murdered in Chicago, then misgendered by police