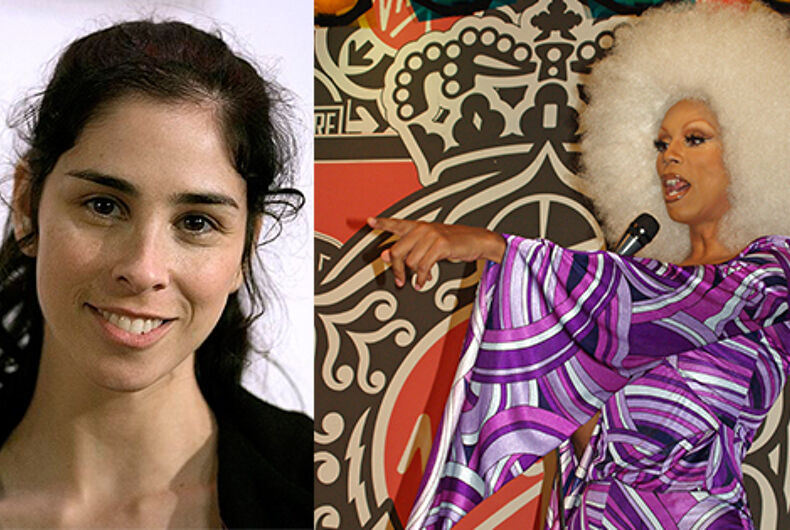 Are you ready for President RuPaul? Sarah Silverman is, saying she would throw her full support behind everyone’s favorite drag queen were she to run.

Sarah Silverman, who supported Bernie Sanders until he dropped out of the race and now supports Hillary Clinton, said she wouldn’t even pick Donald Trump for president if her choices were limited to celebrity hosts. She thinks Ryan Seacrest would be a better choice, since he is actually likable and has a successful track record in business. Meanwhile, Trump has no shortage of failed businesses.

She’d really like to go all in on RuPaul, though. Check out her tweet of support below.

Trump isn't even my choice 4 pres out of celeb hosts. Seacrest can get along w peeps & his businesses r successful. But I'd b @RuPaul 💯%

RuPaul recently won an Emmy for “Drag Race,” which is more than bitter loser Trump can say. He was represented in a way at this year’s ceremony, however, as he was skewered by host Jimmy Kimmel and “Transparent” creator Jilly Soloway.

What do you think, would you vote for a President RuPaul?