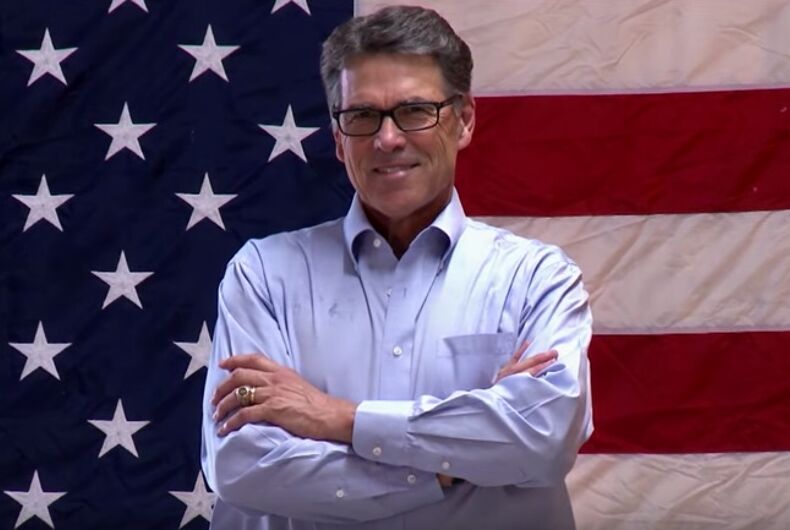 Rick Perry poses for Dancing With The StarsPhoto: screenshot

Former Texas governor Rick Perry appeared on Dancing With The Stars last night and it went about as well as his presidential debate performances. It even started with a gaffe when he forgot he’s not the current governor.

Perry and partner Emma Slater received the lowest scores of the show for their cha-cha set to “God Blessed Texas.” The Houston Chronicle described Perry’s performance as “flailing arms and lumbering footwork.”

Watch the performance below if you have a masochistic streak.