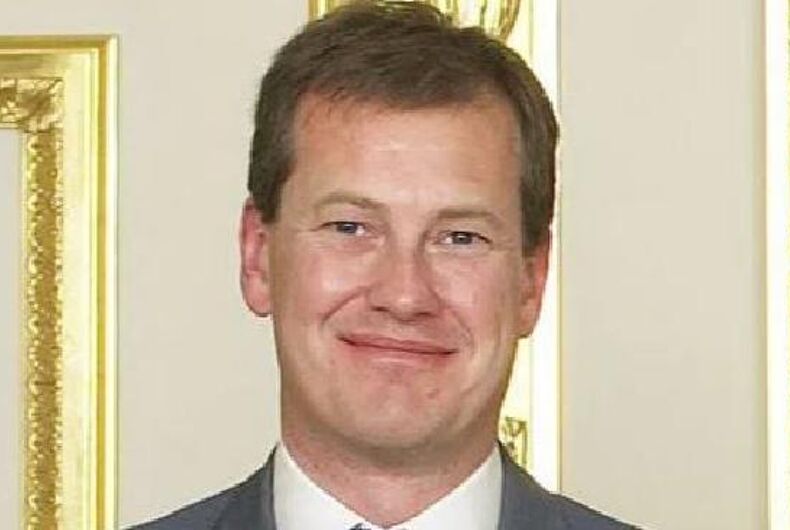 Lord Ivar Mountbatten is the first member of the extended British royal family to come out as gay.

The first member of the extended British royal family has come out as gay.

Lord Ivar Mountbatten, the great-great-great- grandson of Queen Victoria and cousin to Queen Elizabeth II, introduced the world to his boyfriend and talked about his struggles with his sexuality in an in-depth interview with the Daily Mail.

“‘Coming out’ is such a funny phrase but it’s what I suppose I did in a rather roundabout way, emerging to a place I’m happy to be,” Mountbatten said. “I have struggled with my sexuality and in some ways I still do; it has been a real journey to reach this point.”

Mountbatten is the most senior aristocrat of his generation, but said that most of the pressures he felt about suppressing his sexuality came from society at large, at not his family.

“Being a Mountbatten was never the problem,’ he told the Daily Mail, ‘it was the generation into which I was born. When I was growing up, it was known as ‘the love that dare not speak its name,’ but what’s amazing now is how far we have all come in terms of acceptance.”

He noted that when he married his former wife, he was upfront about his attraction to men. And while his wife was accepting, over time they grew apart.

“I told her I was bisexual, that my attraction went both ways. She was understanding and I will always be grateful to her. We had a lot of fun, we have three fabulous daughters and I don’t regret any stage of my life,” Mountbatten said. “Ultimately, Penny did not feel sufficiently loved and she wanted more from a husband than she could get from me.”

While Mountbatten previously identified as bisexual, he know describes himself as gay.

“I am a lot happier now, though I am still not 100 per cent comfortable with being gay,” he said.

It seems likely Mountbatten will enjoy support from other members of the royal family, including Prince William andCatherine, Duchess of Cambridge.

“Now everyone in our family knows and could not be more supportive,” he told the Daily Mail.

Earlier this year, Prince William welcomed staff from Attitude magazine and members of the LGBTQ community to Kensington Palace, where he was the first member of the royal family to give an interview to a gay magazine.

“No one should be bullied for their sexuality or any other reason and no one should have to put up with the kind of hate that these young people have endured in their lives,” Prince William said after the meeting. “The young gay, lesbian and transgender individuals I met through Attitude are truly brave to speak out and to give hope to people who are going through terrible bullying right now. Their sense of strength and optimism should give us all encouragement to stand up to bullying wherever we see it.”