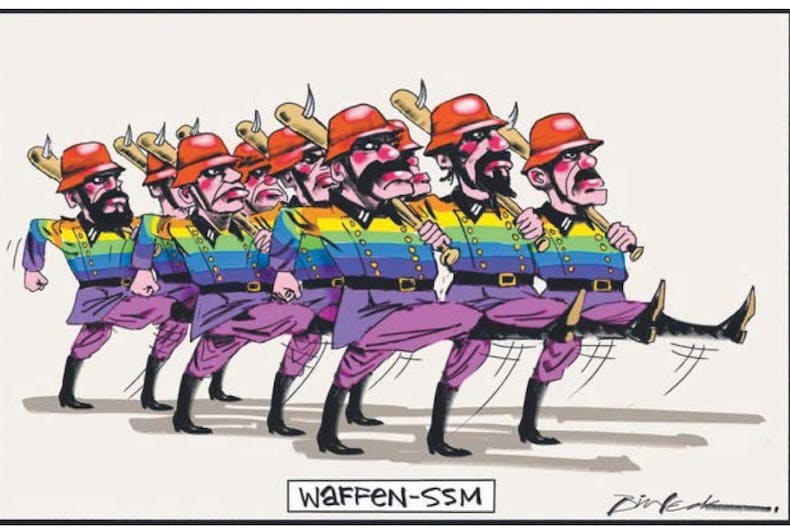 Captioned “Waffen-SSM,” the strip features Nazi soldiers wearing makeup and rainbow colored outfits. The caption is a conjunction of the notorious Waffen SS soldiers and the common initials for same-sex marriage.

Australia is currently embroiled in a fight for marriage equality. The government wants to hold a plebiscite – a nonbinding election – to decide the fate of same-sex marriage in the land down under. Leaders of other political parties and LGBT activists are opposed to the vote, saying it is an unnecessary expense and could harm LGBT people by exposing them to government-sanctioned homophobia. The Australian government has agreed to give millions of dollars to each side of the marriage debate to air advertisements and do outreach to voters.

Behind the scenes photos from the Miss Trans Star International pageant

Evangelicals ‘lay hands’ on Trump to ward off ‘Satanic attack’