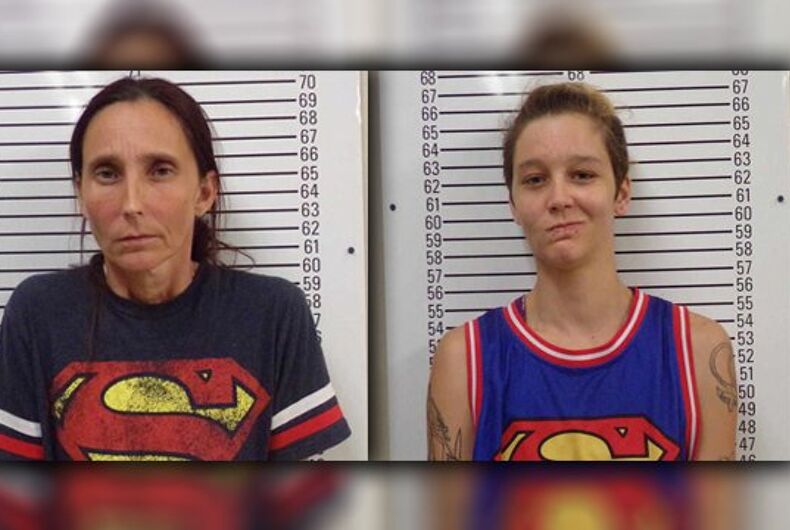 Patricia and Misty Spann are not your typical mother and daughter. The two were arrested in Oklahoma after authorities discovered they were involved in an incestous marriage – and it isn’t the first time Patricia Spann has tried to marry one of her children.

Police say the two got hitched in March of this year, but they didn’t discover the relationship until they started interviewing children who lived in the house they shared.

Misty Spann and her two brothers were raised by their grandparents after Patricia Spann lost custody of them. The two were reunited two years ago.

The mother lost custody of her children when she married her son in 2008. The marriage was annulled by the state in 2010.

Patricia Spann told authorities she didn’t think the relationship was illegal because her name is no longer on her daughter’s birth certificate.

Incest is a felony punishable by up to 10 years in prison in Oklahoma. Bond was set at $10,000 each; they’ll appear in court next month according to KFOR-TV.

Abby Wambach: I abused alcohol and prescription drugs for years