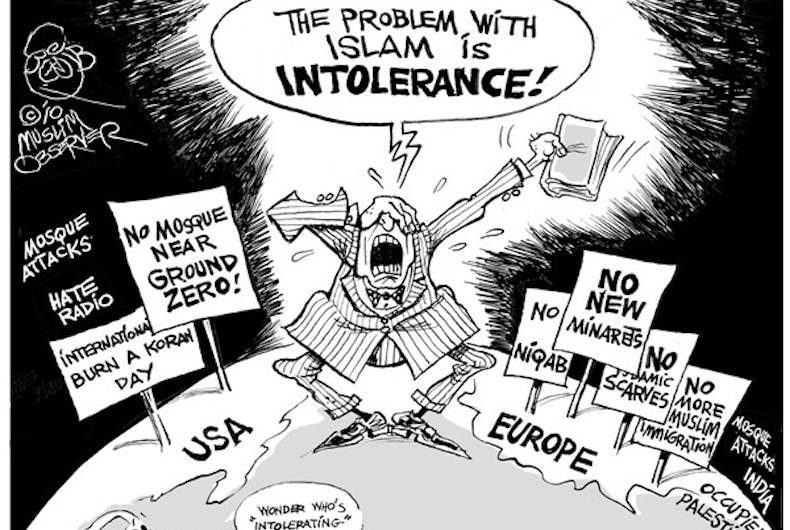 While most rational human beings were astonished that Republican presidential candidate Donald Trump hired the head of the alt-right website Breitbart.com to take the helm of his faltering campaign, the candidates’ more racist and homophobic supporters embraced the campaign’s hard turn toward white supremacy and xenophobia.

Although the Log Cabin Republicans haven’t made a decision yet whether they’ll endorse Trump, saying they are surveying their membership, president Gregory Angelo had no problem jumping on the Trump train to Islamaphobia. Angelo took to Breitbart to join the candidate and his supporters in attacking “radical Islam” while using the mass shooting in Orlando as a prop for his piece heavy on alt-right buzzwords like “sharia law” and suicide bombings.

“Log Cabin Republicans, the organization for which I have the honor of serving as President, was the only LGBT advocacy organization to call the Orlando attack for what it was: an act of radical Islamic terrorism by an individual who was indoctrinated by the sharia teachings of an Imam who called gay people ‘devil worshippers.’,” Angelo wrote.

“You can’t fight a threat unless you first identify it in no uncertain terms – despite directives by the Department of Homeland Security to the contrary. (And, contrary to what the gay left would have you believe, the attack in Orlando was not about guns – if it was, the attacker would have been yelling out, ‘Look what I can do because of the Second Amendment!’ rather than ‘Allahu Akbar!’ as he shot up the club’s patrons.)”

“Standing up to religion-based bigotry has been a hallmark of Log Cabin Republicans since our founding in 1977,” Angelo continued. “To date, much of our work in that sphere has focused on opposition to Christian fundamentalism and the harm it causes LGBT Americans. But there is a new creeping theocracy in the United States: radical Islam. Regardless of party affiliation, sexual orientation, or religious background, standing up in opposition to twisted interpretations of legitimate faiths isn’t just important; it’s our duty as Americans.”

In real life, Christian fundamentalists have been responsible for more attacks on LGBT people – including the 1997 Atlanta bombing of a gay bar. More LGBT people have been condemned to the Christian hell by their religious leaders and attacked on the street by Christians shouting slurs than by Muslims. And the government of the United States – under Republican president Ronald Reagan – watched us die by the thousands while they called us “perverts,” “abominations,” and claimed AIDS was God’s wrath for the sin of homosexuality.

But you know what they say about birds of a feather. The Breitbart alt-right crowd doesn’t put much stock in actual logic and facts. After all, isn’t that the antithesis of both white supremacy and the Trump campaign?