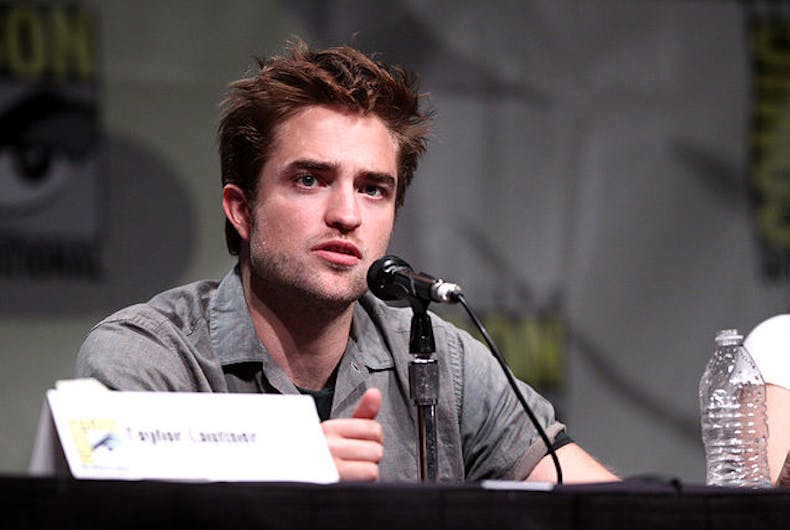 A widely shared story by an Indian hoax site that claims moviestar Robert Pattinson has come out as gay is false.

The site, which includes other stories like “NASA Confirms Earth Will Experience 15 Days Of Darkness In November 2016” and “Jaden Smith Found Dead: Killed after Double Date with Miley Cyrus & Liam Hemsworth,” is a known purveyor of fake news stories.

The site falsely claimed that Pattinson had come out while vacationing with a male model in the Bahamas.

“I completely fell for this guy and at first I thought I was confused with my emotions and I did not want to let my female fans down. But after careful consideration I felt it was best to come out to the public and confirm that I am gay,” they claimed the actor told an imaginary news station.

Pattinson’s co-star in the Twilight saga of movies, Kristen Stewart, recently officially came out as bisexual in July and talked about her girlfriend and what it was like dating Pattinson.

“When I was dating a guy I was hiding everything that I did because everything personal felt like it was immediately trivialised, so I didn’t like it,” she said. “We were turned into these characters and placed into this ridiculous comic book, and I was like, ‘That’s mine. You’re making my relationship something that it’s not.’ I didn’t like that. But then it changed when I started dating a girl. I was like, ‘Actually, to hide this provides the implication that I’m not down with it or I’m ashamed of it, so I had to alter how I approached being in public. It opened my life up and I’m so much happier’.”

Last year, when asked about her sexuality, Stewart told Nylon magazine “Google me. I’m not hiding.”

Listen: The anti-gay interview that got American hate pastor arrested in Africa

Farrakhan accuses Obama of choosing gays and Israel over African-Americans