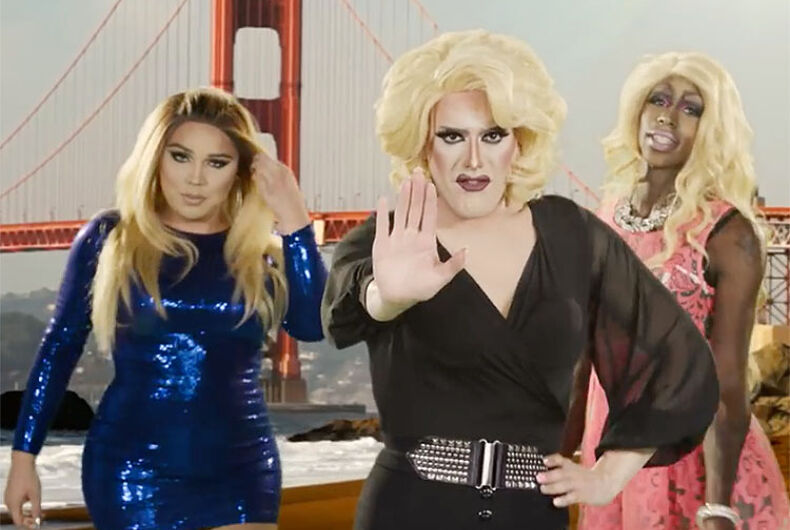 This ain’t your grandfather’s campaign commercial.

“Daisy,” the quintessential scare ad employed by then-President Lyndon Johnson in 1964 has a polar opposite now, thanks to a new video for San Francisco eighth district supervisor Scott Wiener, candidate for California’s state senate.

Wiener is introduced by Carnie Asada, Au Jus, and Miz Palou — three of the city by the bay’s most celebrated drag queens, singing a rewritten version of Katy Perry’s pop hit, “Firework.” The lyrics boast of him “working day and night,” and that he’s “our voice for Sacramento-oh-oh.”

In a recent profile by the San Francisco Chronicle, Wiener is described as a tall (6-foot-7), nerdy (his word), gay, Jewish guy. And, from the video, he’s the kind you do take home to mama, especially if mama is a drag queen.

The video focuses on the 46-year-old’s campaign to improve transportation, ensure affordable healthcare and represent the LGBTQ community at the capitol.

Watch the video, via the U.K. newspaper The Mirror, below.

We’re everywhere! Pride flag flies to the edge of space