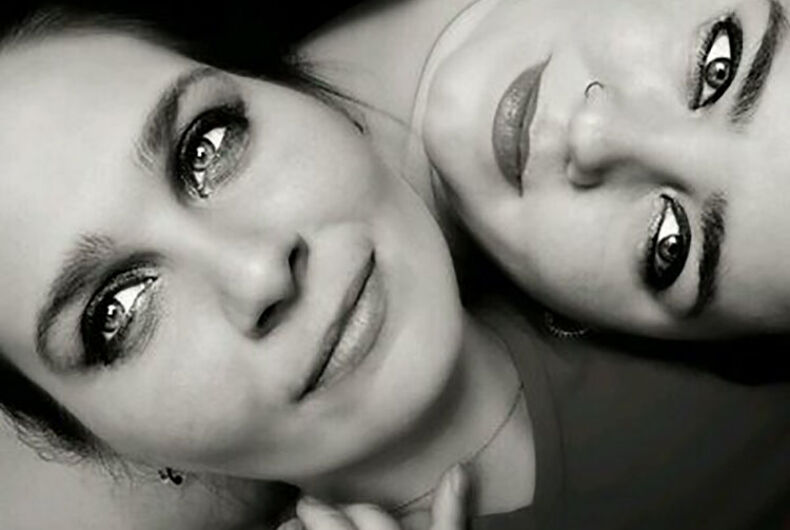 Rachel and Laurel Bowman-Cryer have tried to keep out of the limelight ever since the same-sex couple’s fight to have an Oregon bakery make them a wedding cake went public. They won the battle in July 2015, but have yet to win the war, as an order awarding them $135,000 is being appealed. But now the women are telling their story in an online op-ed.

“We’ve kept silent for a long time,” the women write in The Advocate commentary.

“We stopped leaving the house, opening messages, and picking up the phone, and we even quit our jobs to try to keep our family safe from the outpouring of vitriolic attention that came from the case. Retreating didn’t make a difference, and as we remained secluded and silent the fury over the case just grew. The right wing’s backlash increased as the freedom to marry became the law of the land, fueling the ‘religious freedom’ movement.

“At every step of the way, we have felt guilt and humiliation at seeing our name used by the right to justify discrimination. Our family has been caught in the middle. The human cost to this battle is real to us because we are living it.”

Although their legal battle is now in its fourth year, the retaliatory war against the Bowman-Cryers has not stopped.

“Our family is still fighting for the respect, safety, and dignity most Americans take for granted. The threats and hate mail have lessened over time, but the strategic maneuvering by the right to use this case — and our family — as pawns in their cause to protect ‘religious freedom’ continues to impact us every day.”

And while Aaron and Melissa Klein, who own Sweet Cakes by Melissa, raised more than $600,000 thanks to right wing fundraisers, the women have become targets of violent threats, abusive phone calls, email messages and hateful taunts on Facebook.

“We have received several thousand Facebook messages calling us fat, evil, and dumb — some with threats so violent that we have sincerely feared for our lives, moved houses, and lived in hiding in hopes of protecting our family.”

Their family includes two very high needs daughters they adopted when the girls’ mother died suddenly. Lizzy is 9 and has cerebral palsy, autism, as well as a genetic disorder that causes developmental delays. Her younger sister, 7-year-old Anastasia, has Asperger’s and hasn’t spoken a word since their mother died.

As if they don’t have enough with which to contend, Laurel is scheduled to have surgery this fall after a diagnosis of cervical cancer.

An appeal of the order filed by the Kleins last month could take years to resolve. And while they wait, the Bowman-Cryers say they’ve decided to break their silence.

“We’ve decided to speak out for one primary reason: We don’t want any person or family to go what we’ve gone through. Every family deserves respect, dignity and a life free from discrimination and harassment.”

If you’d like more information about helping support Rachel, Laurel, Lizzy, and Anastasia with transportation, housing, lost wages, and other costs associated with the ongoing care of their children, visit their YouCaring page here.