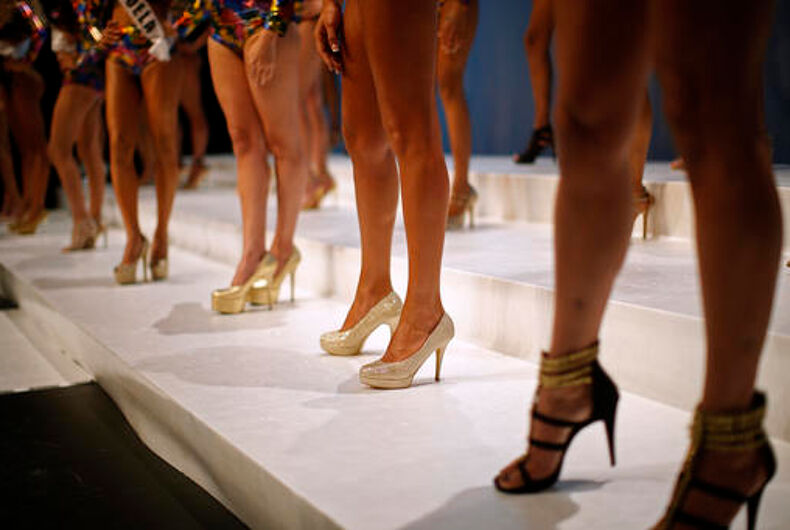 BARCELONA, Spain (AP) — Despite facing violence and discrimination in many countries, 28 transgender women found a place to shine.

The women competed last weekend to be crowned Miss Trans Star International, Europe’s largest beauty pageant for transgender women and one of a growing number of events aimed at celebrating a population more often condemned.

Latin America had the most contestants in the Barcelona pageant, which has been held five times since 2010. The continent is home to both a robust transgender rights movement and where 79 percent of the 269 transgender women killed around the world last year lived, according to the Berlin-based Trans Murder Monitoring project.

But in a sign of the movement’s global momentum, the Miss Trans Star contest also for the first time attracted participants originally from Egypt, Turkey, Nigeria and Sri Lanka, countries where neither gay nor transgender citizens have legal protections.

Organizer Thara Wells, a model and performer in Spain, says besides giving transgender women a place to showcase their looks and talent, the pageant is a platform for denouncing discrimination against the LGBT community.

To be eligible, contestants are not required to have undergone gender reassignment surgery, but must have a face and figure that fits with traditional notions of ideal feminine beauty. During two days of competition, contestants took the stage dressed in swimsuits, formal wear and costumes reflecting their homelands.

Abu Hama, a Christian Arab from the city of Nazareth, won Israel’s first transgender pageant in the spring.

The spirit of the contest was summed up by the woman representing Nigeria, a British citizen who says she fled the African nation after twice attempting to take her own life and being beaten on the street for wearing a women’s scarf. She goes by the name Miss Sahhara to avoid retribution.

“We just need to have the chance and right for us to be ourselves and to survive. Unfortunately, that is not allowed in my country,” she said. “I want to go back to Nigeria next year to try to teach them that to be a transgender is something normal. We have blood in our veins and we are human beings.”

Behind the scenes photos from the pageant are on the next page.

Hillary Clinton’s appearance on ‘Between Two Ferns’ is awkwardly delicious