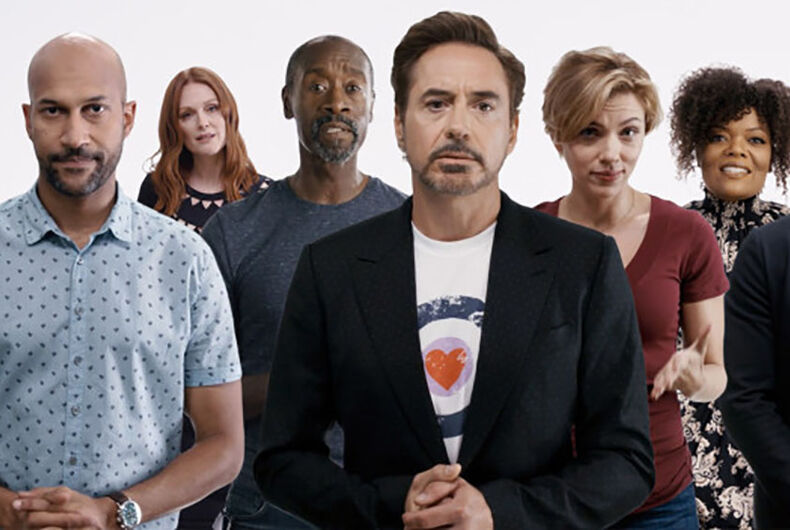 Photo: Save the Day via BuzzFeed

When “Avengers” Director Joss Whedon decided to take time off from writing the next superhero smackdown screenplay to create a SuperPAC in support of Democratic presidential candidate Hillary Clinton, you have to figure he envisioned some kind of video to back his pet project. Maybe a few of his favorite actors might even take part, one would hope.

“Just a shit-ton of famous people,” says Moore in the three-minute long “Save the Day,” video, which begins as a reminder to register to vote and shifts at the one minute mark to a clear repudiation of Republican presidential nominee Donald Trump, without once naming him or Clinton.

Actor Don Cheadle refers to Trump as “a racist, abusive coward who could permanently damage the fabric of our society.” Hamilton’s Leslie Odom Jr. questions the rationale behind giving “nuclear weapons to a man whose signature move is firing things.”

And the sweetener in this offer is when the stars suggest Ruffalo will film a nude scene to get your vote. Watch below:

Adorable new Israeli Nissan commercial asks ‘Who’s to say what a family is?’