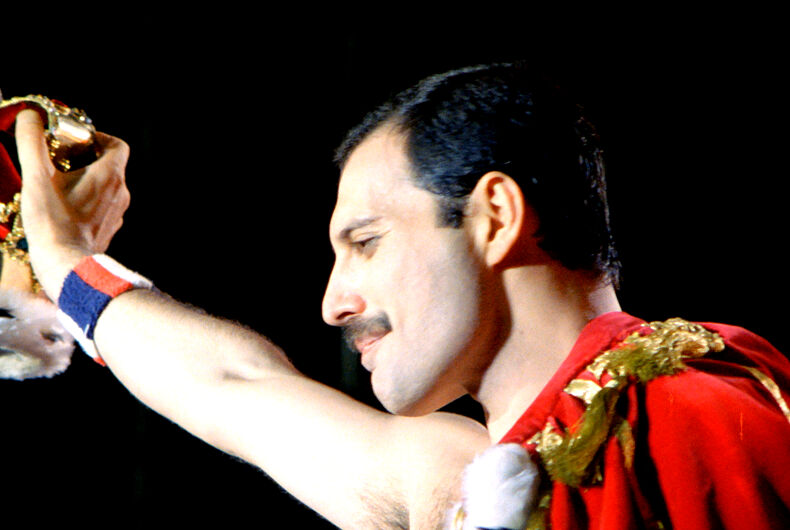 Asteroid 17473, discovered in 1991, has been renamed “17473 Freddiemercury” in honor of the late Queen frontman Freddie Mercury. Mercury died of complications from AIDS that year.

The announcement came as a tribute to Mercury’s birthday. He would have turned 70 years old this year.

“I’m happy to be able to announce that the International Astronomical Union’s Minor Planet Center has today designated Asteroid 17473, discovered 1991, in Freddie’s name, timed to honor his 70th birthday,’ Queen guitarist Brian May told fans in a video made during a tribute birthday party in Switzerland. “Henceforth this object will be known as Asteroid 17473 Freddiemercury. This announcement is to recognize Freddie’s outstanding influence in the world.”

“It’s a dark object – rather like a cinder in space. Viewed from the Earth it is more than 10,000 times fainter than you can see by eye, so you need a fair-sized telescope to see it and that’s why it wasn’t discovered until 1991.”

The floating space rock is approximately two miles across. It’s located in the asteroid belt between Mars and Jupiter.

“Singer Freddie Mercury sang, ‘I’m a shooting star leaping through the sky’ — and now that is even more true than ever before,” research astronomer Joel Parker, one of the men behind the tribute, said. “Even if you can’t see Freddiemercury leaping through the sky, you can be sure he’s there – ’floating around in ecstasy’, as he might sing, for millennia to come.”

Missouri double murder likely a hate crime according to police