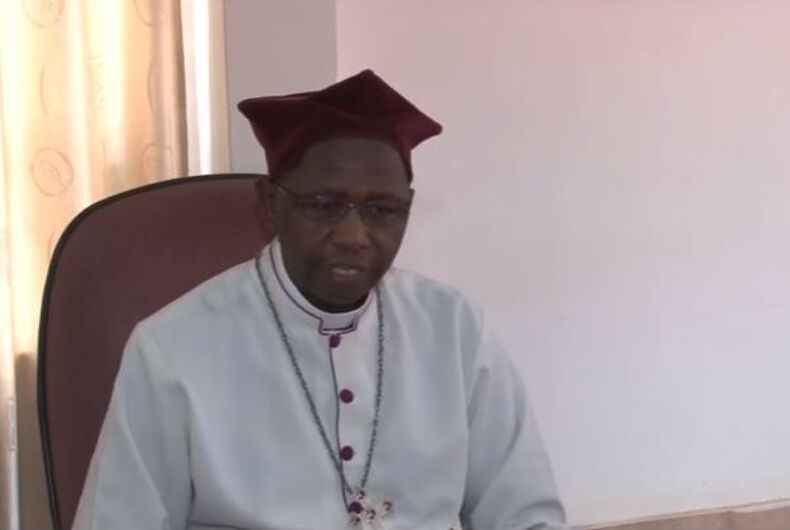 The Archbishop of Uganda, Rt. Rev. Stanley Ntagali, has condemned comprehensive sex education in schools as “not what the young generation requires,” adding that it promotes homosexuality.

Rt. Rev. Ntagali spoke with the press on Wednesday, saying he wondered why the Minister of Education seemed reluctant to remove sex ed from the curriculum, Ugandan news station NBS TV reports.

“[The] program promotes homosexuality and we are concerned about how it was allowed to be taught in some of our schools. We call for its removal,” he said.

Uganda has strict laws against homosexuality, including the possibility of life in prison. An eight-year-old girl was recently arrested by Ugandan police on suspicion of lesbianism.

“We do not know who smuggled that [in],” Rt. Rev. Ntagali said about reading materials the church finds objectionable. “You ask the Minister of Education, they say they are not aware. When you ask the National Curriculum Development Center, they deny [having anything to do with it]…As [the] church, we are saying we are not there.”

He blames the lessons for the desire for abortions and contraception, as well as for a lack of abstinence before marriage and faithfulness afterwards.

The archbishop previously called gay bishops a “spiritual cancer” that is “tearing apart” the Anglican faith.

Watch video of his remarks on sex ed below.

In 2013, an estimated 1.6 million people in the country were living with HIV, and approximately 63,000 Ugandans died of AIDS-related illnesses, according to international AIDS charity AVERT. In that same year, there were 140,00 new cases of HIV reported, and 60% of adults living with it were not on treatment.

Unintended pregnancy, unsafe abortions and maternal injury and death are common in the country, notes research and policy organization Guttmacher Institute. In 2011, more than four in 10 births were unplanned and on average women in Uganda have 6.2 children.