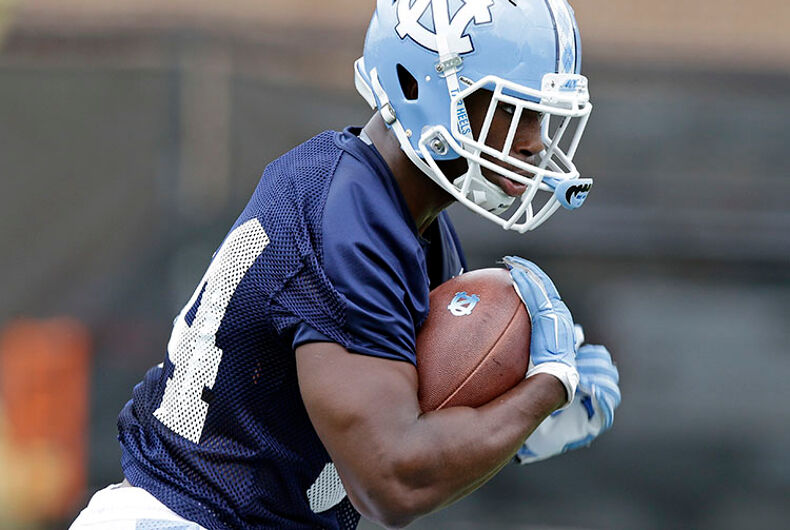 Score another one for the good guys.

The Human Rights Campaign and Equality NC are making the kind of noise you’d normally hear in the stands at a North Carolina championship football game today, over the decision by the Atlantic Coast Conference to move its big title games out of the state because of House Bill 2.

And as a result, there won’t be any whoops or hollering at those games in N.C. because they will be held somewhere else, a decision sure to put more economic pressure on local and state government to reconsider its hateful legislation.

The ACC’s wave of its big foam finger at Gov. Pat McCrory and the Republican-controlled legislature that enacted HB2 — the law that forces trans individuals to use only the public bathrooms that match the gender on their birth certificates, and restricts cities from passing their own civil rights ordinances — is the third major sporting outfit to take action.

On Tuesday, the National Collegiate Athletic Association withdrew its championship games, citing HB2, and in July, the National Basketball Association pulled its 2017 All-Star Game from Charlotte. According to HRC, the NCAA’s decision impacted Cary, N.C. to the tune of $2 million, and the NBA’s move was estimated to cost the state $100 million in tourist dollars.

RELATED: Will the NCAA decision be the tipping point for North Carolina?

“In standing up for LGBTQ equality, the ACC, the NCAA, and the NBA are all standing on the right side of history,” said HRC President Chad Griffin. “Gov. McCrory and state lawmakers should work swiftly to repeal HB2 and bring back championship games to North Carolina. The fact that Gov. McCrory and other lawmakers continue to play politics with discrimination is inexcusable, enormously costly, and simply wrong. The people of North Carolina deserve better and have a chance to make their voices heard November 8.”

McCrory is in the fight of his political life this fall in a re-election bid that he’s gambled will hinge on support for his anti-LGBTQ law.

Chris Sgro of Equality NC called on the governor to “stop playing the blame game and clean up this mess:”

“It has never been more clear than it is right now – HB2 is hurting our state every minute that it remains law. It’s hurting our people, our reputation, and our economy.”