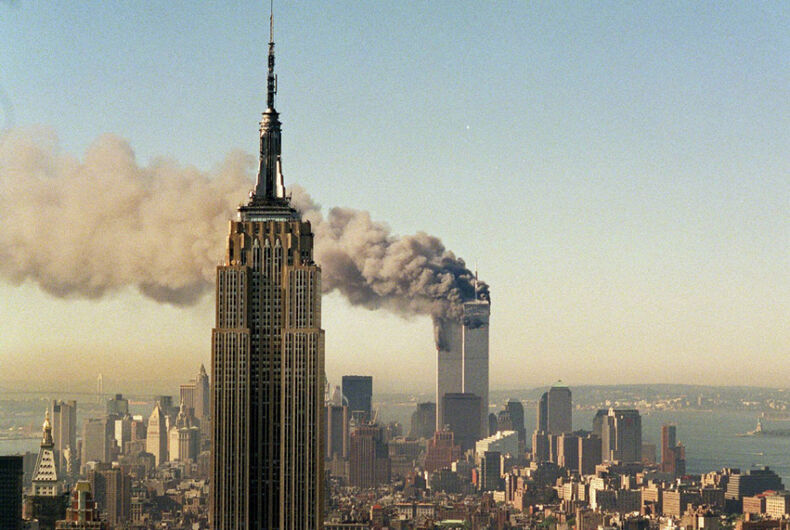 I am a former flight attendant. I was in the air on September 11, 2001, working a flight leaving New York City going to Florida. I worked for an airline that has live TV’s in every seat, so we were some of the few people in the air that actually watched the horrors of that day unfold live.

It all started normally enough. The crew of 6 (four flight attendants and two pilots) met for the early morning flight, expecting a short trip to Tampa and back. The plane was full of people, mostly bleary-eyed from having to make it to the airport on time. We did a quiet, low-key service, chatting with the few passengers who were awake, then went to our respective galleys to rummage up some breakfast for ourselves.

We heard a murmur pass through the cabin and then dozens of attendant “call-buttons” went off. We ran into the cabin to find people crying and asking us what was going on. The crew had no idea (we don’t have TV’s in our galleys), so we sat with the passengers and watched in horror as the news came in: a plane had crashed into the World Trade Center.

The news didn’t know what was happening- if it was an accident or something more. I got on the phone with our pilots, who knew only a few small facts from chatter on the radio. We set up a communication line, updating our pilots with news from the TV as it came in. No changes were made at first and we continued on the flight plan. We were almost ready to start our descent into Tampa when the entire plane seemed to scream at one time.

A second plane had hit. This was a terrorist attack.