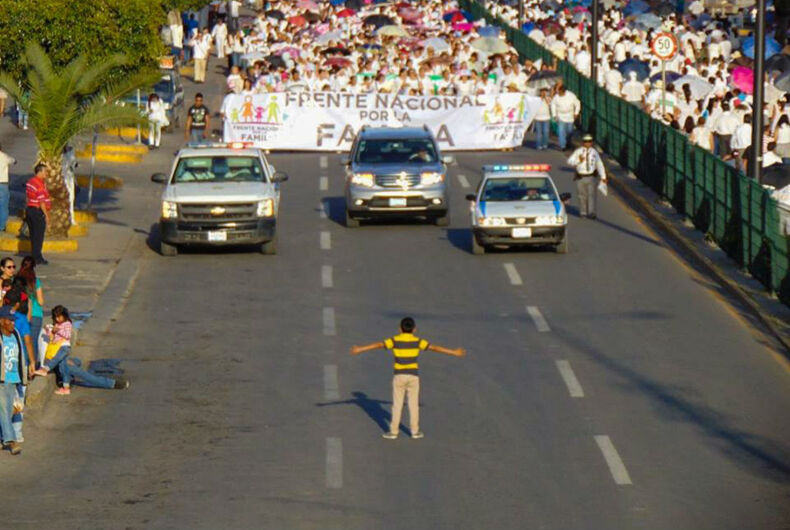 A 12 year old boy faces down with 11,000 homophobic protestors during a march against marriage equality in Celaya, Mexico.

“At first I thought the child was only playing,” says photographer and journalist Manuel Rodriquez, who captured the exact moment a 12-year-old boy leapt in front of a crowd of 11,000 people protesting the proposed same-sex marriage law in Mexico.

Talking to Regeneración, Rodriquez explains that when he asked the anonymous boy what he was doing, the child responded, “I have an uncle who is gay. And I hate that people hate.”

A proposal by President Enrique Pena Nieto’s would finally introduce same-sex marriage to the country.

The demonstration was organized by the (unfortunately named) National Front for the Family, an organization that’s against same-sex marriage. They’ve also collected 10,000 signatures of people against the proposal.

The surreal scene took place in the streets of Celaya.