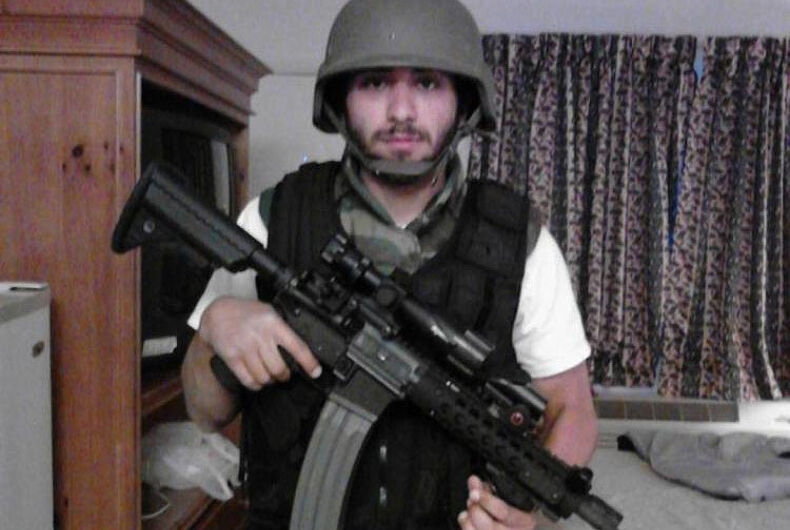 Police in Las Vegas are holding a prolific alt-right vlogger who vowed in a YouTube video to murder “gays, faggots, lesbians and satanists” and claimed to be a Christian warrior who was getting ready to kill soon, according to KTNV-TV.

The station reported police believe they stopped Bryce Cuellar before he could potentially commit a mass shooting.

As Joe.My.God noted in sharing the TV station’s reports, this was not just some crank with a webcam. Police say over the past three years his videos have grown more radical and aggressive and they have attracted a considerable following. Some 160,000 accounts are subscribed to the YouTube channel associated with Cuellar, and its videos have been viewed 73 million times.

Google, which owns YouTube, had taken down the video containing the threats even before detectives were notified by Interpol, back on July 2. Even so, the international police outfit was able to provide a link for them to view Cuellar’s disturbing video, according to the station.

In that clip, Cuellar is wearing a military flak jacket and brandishing two rifles as well as nightvision goggles, as he declares he is tired of the government trying to take away his First and Second Amendment rights. According to a police report on the video, Cuellar says that “he cannot wait to use his rifle in the manner in which the founding fathers intended.”

And from one look at his still-active Facebook account, it appears he was very prepared to do just that.