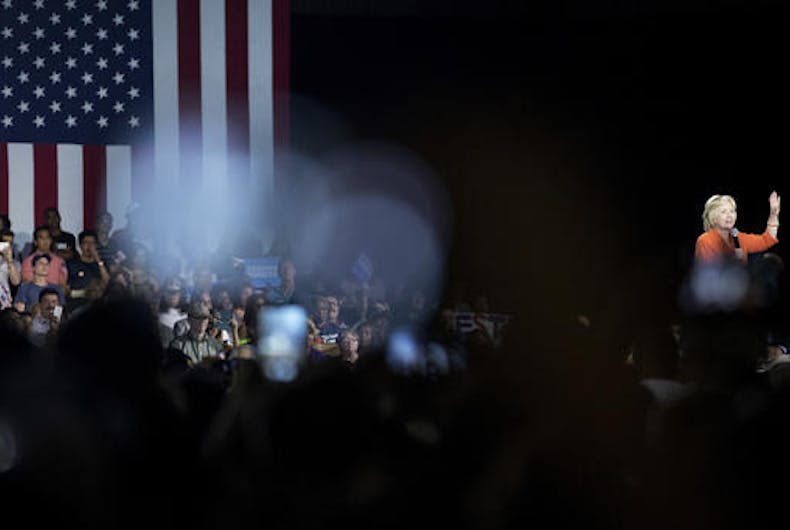 KISSIMMEE, Fla. (AP) — The father of the Orlando gay nightclub shooter was spotted at a campaign event for Hillary Clinton in central Florida.

Seddique Mateen was standing in a crowd behind Clinton during the Monday night event in Kissimmee, south of Orlando. A campaign official told The Associated Press on Tuesday that he wasn’t invited to attend the 3,000-person, open-door public event and that the campaign wasn’t aware he was there until it ended.

Mateen told news outlets after the rally that he loves “the United States.”

Omar Mateen fatally shot 49 people and injured another 53 at Pulse nightclub on June 12. He was killed by law enforcement officers following a three-hour standoff.

The father says his family has been cooperating with investigators.

During her speech, Clinton expressed support for the survivors of the attack and the loved ones of those killed.

The Clinton campaign said the rally was a 3,000-person, open-door event for the public and that Mateen wasn’t invited as a guest and that the campaign was unaware of his presence until after the event.

“She disagrees with his views and disavows his support,” spokesman Nick Merrill said.

Autopsies: A third of Pulse nightclub victims were shot in the head