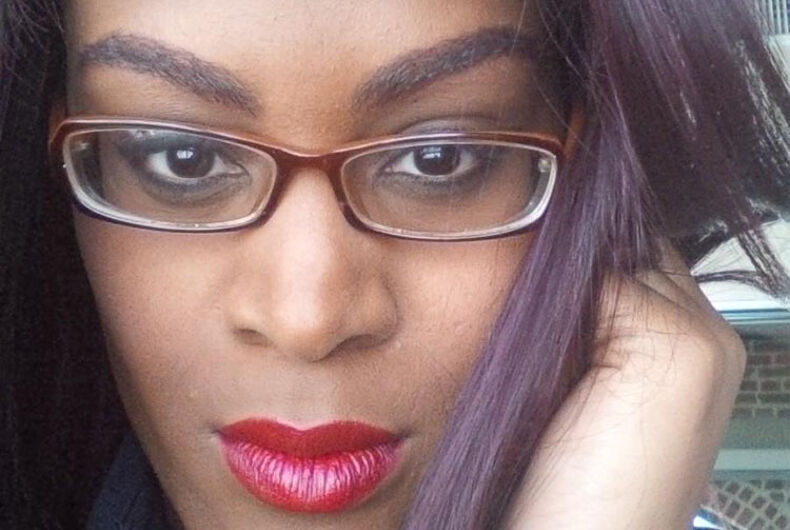 Mya Taylor, the breakout star of the independent film, Tangerine, tells LGBTQ Nation she is now in pre-production on her next film: Myra.

Written and directed by Christopher Baiza, Myra is billed as a story “based on true events,” and from its trailer, it appears to have something in common with Taylor’s breakthrough role as a transgender prostitute.

Early scenes depict a violent, vulgar encounter between Myra and her druglord john, as well as many of the haunts familiar to the trans women who earn what living they can working the streets, alleys and the dark corners of Los Angeles.

But toward the end of the trailer, Myra is a star, performing and living her dream. Or is it a dream? We’ll find out when Myra appears on screens late next year.

“The life of the streets, becomes the stage for the world,” is how Baiza described his film on his Indiegogo site, which seeks to raise $100,000.

“Myra is a compelling story about a transgender working girl who’s in love with a notorious gang-leader and in a 24-hour day, chaos and deception comes into play,” Baiza wrote.

Find out more by visiting the film’s Indiegogo site here, and watch the trailer below.

Myra from chris baiza on Vimeo.

Orlando remains united, and not just in grief