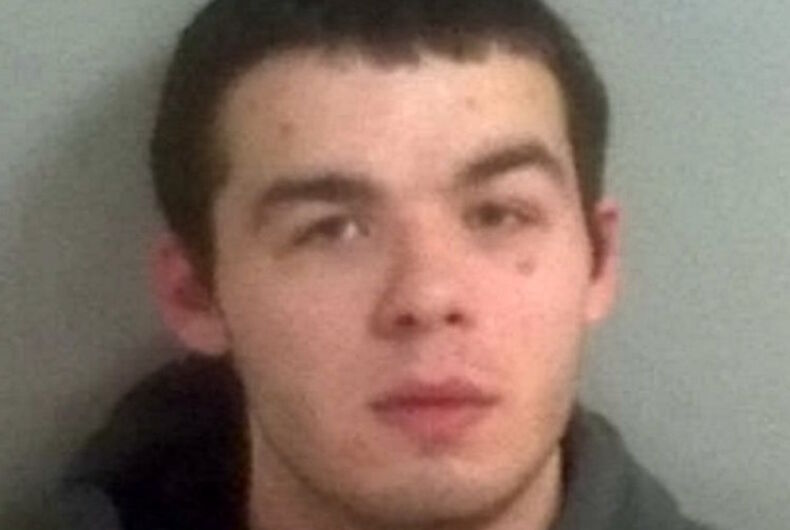 To hear the news that a British judge sentenced 21-year-old ex-con Ryan Kilgariff to nine years behind behind bars for violently attacking him, Colin Duncan had but one good ear, his left one. Kilgariff had bitten off his right ear.

In March, Kilgariff was fresh out of prison after serving an 80-day sentence for assaulting his mother, reported Kent Online. Duncan, 39, who was aware of his new next door neighbor’s criminal past, but not knowing he was a homophobe, invited him to have a drink.

Prosecutors say they drank a bottle of vodka together before buying more bottles of lager. And when the clock struck midnight, Kilgariff launched what they described in court as “a sustained attack” on Duncan, in response to his statement that he was going to bed.

Duncan was kicked, punched and beaten with so many bottles, the prosecution revealed he “cannot remember how many blows were rained down on him as he protected himself with a blanket.”

“Throughout the attack,” prosecutor Matthew Hardyman told the Canterbury court, “Kilgariff referred to his victim as being ‘queer’ and gay.”

Although the victim was not discovered until the next afternoon, and needed 20 stitches, Kent Online reported surgeons were able to re-attach part of his severed right ear.

“All I was trying to do was be kind and neighbourly to a man who had just been released from prison,” Duncan told police. “I thought I was going to be murdered.”

Kilgariff was caught by police trying to escape through a window. He pleaded guilty to the hate crime and will be required to serve three years probation upon his release in nine years, according to KentOnline.

Will the Supreme Court tell this transgender boy he has to pee with girls?