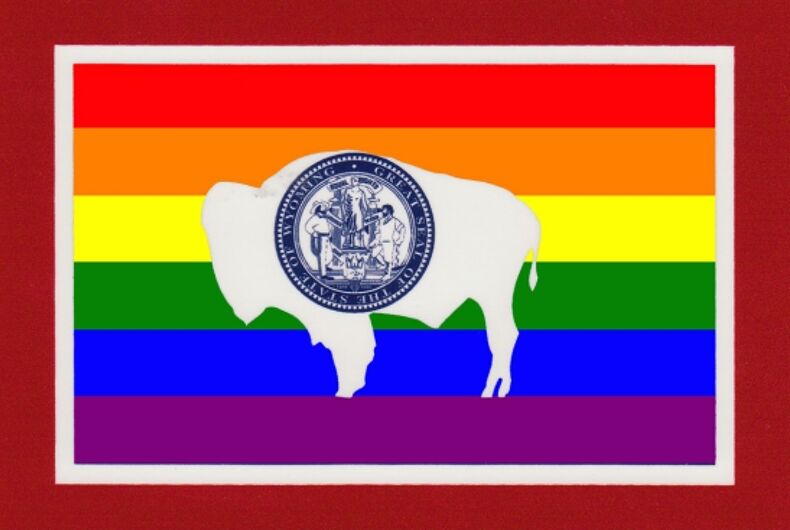 CHEYENNE, Wyo. (AP) — The Wyoming Supreme Court is set to hear arguments next week on whether a Pinedale judge who has said she wouldn’t perform same-sex marriages because of her religious beliefs should be removed from office.

Ruth Neely in April filed a petition asking the court to reject a recommendation from the Wyoming Commission on Judicial Conduct and Ethics that she lose her posts as a municipal judge and circuit court magistrate.

The commission started an investigation of Neely after she told a reporter in 2014 she would not perform same-sex marriages because of her religious beliefs. The U.S. Supreme Court ruled last year that same-sex couples nationwide may marry.

Attempts to reach Neely and her attorneys, including the Alliance Defending Freedom, an Arizona religious advocacy law firm, were not successful on Friday. Neely is not a lawyer.

In fighting removal, Neely argues that she has a constitutional right to voice her opinion. Her lawyers have said no same-sex couples have asked her to preside over their weddings. She’s currently suspended from the circuit court post.

“In a chilling forecast, the commission leaves no doubt that if it has its way, no judge who holds Judge Neely’s religious beliefs about marriage can remain on the bench once the public learns of those beliefs,” Neely’s lawyers wrote.

Neely’s case has similarities to the legal action in Kentucky against clerk Kim Davis. A conservative Christian, Davis was jailed briefly last year after she refused to allow her office to issue marriage licenses. Although her case sparked a national debate over the religious freedom of civil servants versus the civil rights of same-sex couples, she ultimately agreed to alter the licenses to remove her name and title.

“The Wyoming Commission on Judicial Conduct and Ethics has no interest in interfering with Judge Neely’s or anyone else’s free exercise of religion,” Dixon and Turner wrote in a brief to the Wyoming Supreme Court, which is set to hear arguments Wednesday in Cheyenne. “Neither is it concerned with suppressing her First Amendment right to permissible speech. However, it is tasked with enforcing the Code of Judicial Conduct. What Judge Neely did and said is a violation of that Code. Given her unwillingness to even acknowledge the ethical implications, she cannot remain in office.”

The Wyoming Supreme Court has denied requests from a number of religious organizations and current and former state lawmakers file legal briefs in support of Neely’s position. The court is allowing a joint brief from the town of Pinedale and the Sutherland Institute, a Utah-based conservative public policy organization.