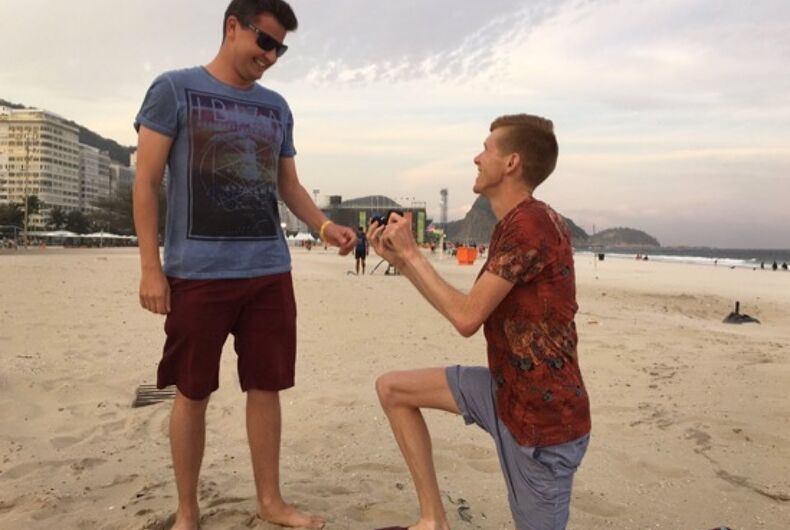 British track and field star Tom Bosworth asked his boyfriend, Harry Dineley, to marry him on a beach in Rio de Janiero – and he said yes!

Bosworth, who came out last year, posted a photo of his proposal on Twitter and Dineley followed up with a peek at the engagement ring.

“It is a big decision, but it’s not going to change my life. I’m comfortable and have been in a happy relationship for the last four and a half years,” Bosworth said when he came out. “This isn’t going to shock anybody that knows me. But to speak out about this, as a sportsperson, it is still news.”

“In a few years time, anyone [will be able] to do this. Anyone can succeed in sport. And then hopefully it won’t be news anymore.”

Bosworth holds three British records and is England’s top-ranked race walker. He came in sixth during the competition in Rio.

No decision yet in Illinois’ transgender discrimination case