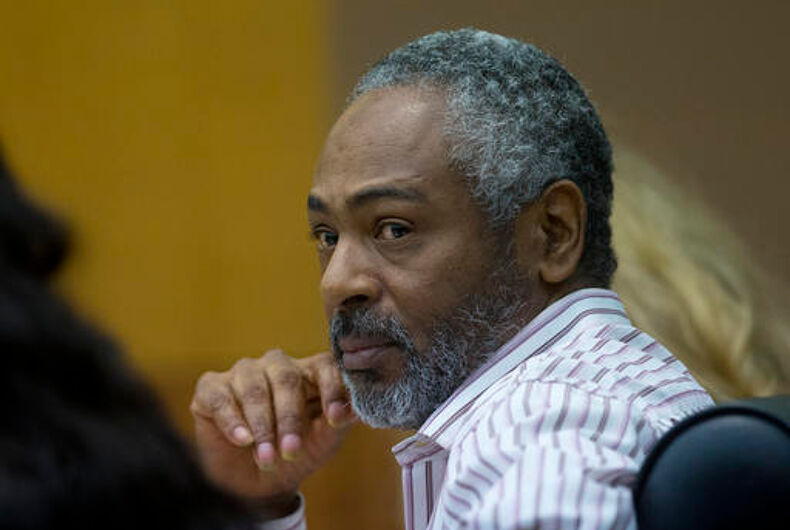 Martin Blackwell watches arguments in his trial in Atlanta, Wednesday, Aug. 24, 2016. Blackwell was convicted of pouring hot water two gay men as they slept and sentenced to 40 years in prison.Photo: (AP Photo/John Bazemore)

ATLANTA (AP) — The FBI has decided not to pursue hate crime charges against a Georgia man found guilty of throwing scalding water on a sleeping gay couple.

Martin Blackwell was sentenced to 40 years in prison this week for aggravated assault and aggravated battery.

The FBI opened a hate crime investigation after the February attack. But spokesman Kevin Rowson said Friday that with Blackwell sentenced in state court, the agency decided not to pursue the case.