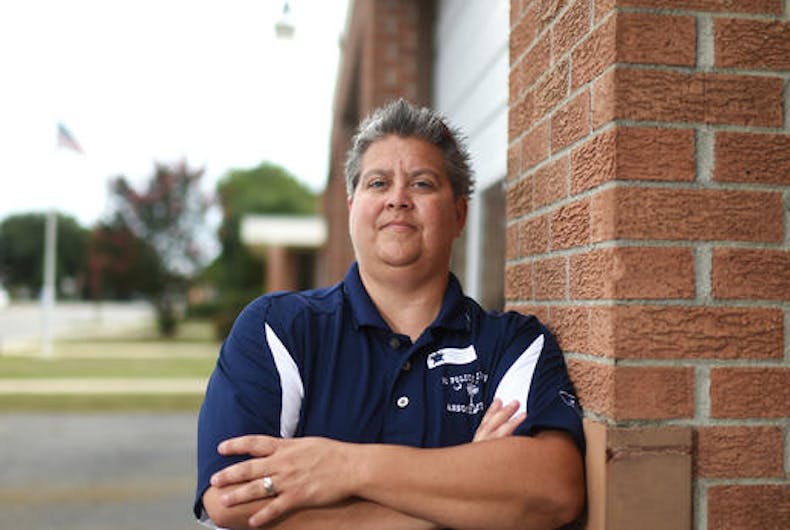 The openly gay police chief of a small South Carolina town has been suspended from her job for five days, but the town administrator said it has nothing to do with her sexual orientation.

“But I can tell you, we don’t care what sexuality you are. If you can work, we’ll let you work,” Taylor said.

Taylor said Moore is welcome to release the reason for her suspension. Moore declined to talk about it with a reporter Tuesday and her lawyer did not return a phone message.

The town’s investigation into Moore is finished and she is welcome back to the force next Tuesday unless some other information emerges, Taylor said.

Moore was fired two years ago, after nearly two decades working in Latta, because of her sexuality. Taylor, who also sits on the Town Council, was instrumental in helping get her job back. Taylor recorded Latta’s mayor after he fired Moore saying he would rather have a drunk watch his grandchildren than a gay person.

The town of 1,400 people about 25 miles northeast of Florence rallied around Moore, stripping the mayor of his power. The Town Council then hired her back and passed an anti-discrimination ordinance.

Moore announced earlier this year that she was going to run for Dillon County sheriff as a petition candidate and has started to campaign during her off hours. The Associated Press ran a story about her decision Sunday.

Taylor said the media attention on Moore also had nothing to do with her suspension.

© 2016, Associated Press, All Rights Reserved.
This material may not be published, broadcast, rewritten, or redistributed.
News
Crystal Moore, Latta SC