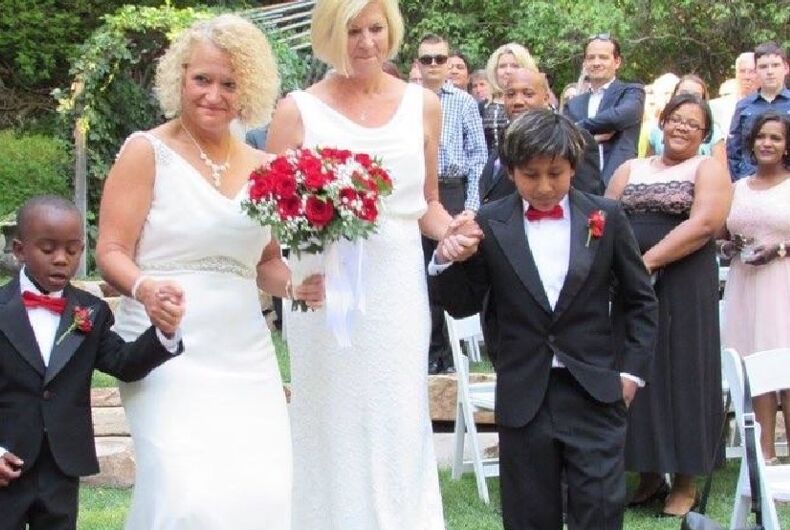 Jackie Biskupski, the out mayor of Salt Lake City wed her partner this past weekend at a private ceremony officiated by their longtime friend, Kate Kendell, executive director of the National Center for Lesbian Rights.

The ceremony was held at the Log Haven Restaurant in Salt Lake City on August 14, and the next day, Mayor Biskupski shared a message for friends and followers on Facebook. She wrote, “We have always been bonded by love, but now we are joined by law.”

Biskupski is the first openly gay mayor of Utah’s capital and has been engaged to Iverson since last year, following her successful campaign for mayor.

Iverson is a government-relations consultant for Johnson & Johnson, according to the Salt Lake Tribune.

Will Sweden deport gay Liberian refugee to his homophobic homeland?