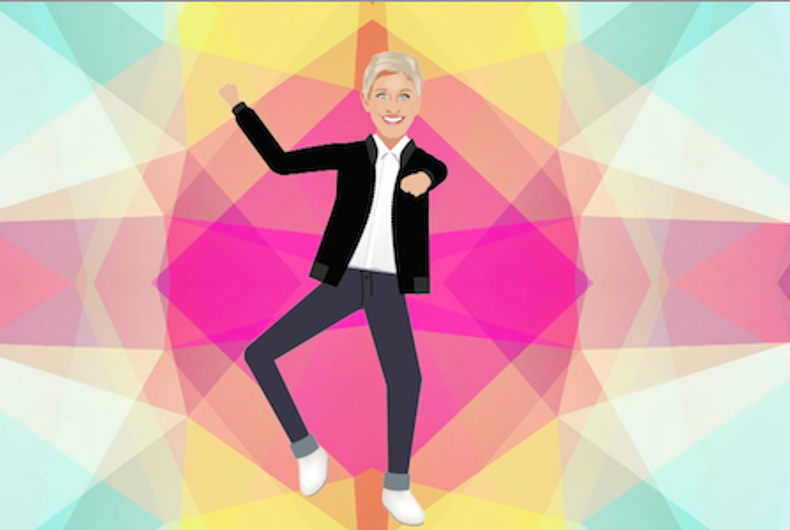 What does Ellen DeGeneres have in common with Whiz Kalifa and Kim Kardashian? The lesbian actress and comedian has joined the ranks of celebrities with their own line of emojis.

With Thursday’s release of Ellen’s Emoji Exploji, fans can now send images of Ellen dancing, dropping the mic, and more. Other offerings include an avocado in a top hat, a rainbow flag, Ellen boxer briefs, a cat holding a tongue, and a “cool cucumber” decked out in a backwards cap and shades.

“Ellen’s Emoji Exploji is bursting with all of the fun and hilarious emojis that only Ellen can provide,” according to the app’s description. “With images and animations that you can send right from the app or using your keyboard, you’ll be an Emoji Exploji devoji in no time.”

The app, which includes both standard emojis and GIFs, costs $1.99 and is available for Apple and Android devices. Check out a preview below.

“The Ellen Show” premieres its 14th season on September 6.