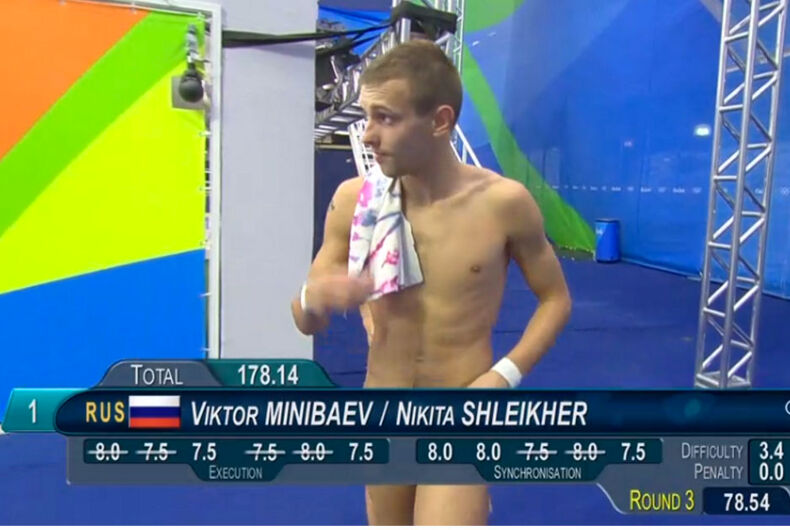 Once described as “lights and wires in a box,” television is still the most popular way people around the world are viewing the Summer Olympic games. But if you’re a fan of men’s swimming, you haven’t exactly been getting the whole picture from NBC Sports.

In fact, the way the network has been providing viewers on-screen information has turned some portions of the coverage from Rio de Janeiro, Brazil into an odd kind of censorship, BuzzFeed reported. It’s a speedos-sized cover-up that looks more like an edited-for-broadcast version of “Boogie Nights.”

Take a gander at ten images the website collected, and pay particular attention to that portion of the swimming competitors’ bodies obscured by the rectangle on the TV screen. That’s what television graphics professionals call “the lower third,” an image superimposed over the video from Rio that conveys important information through a character generator. In some places it’s called a “Chyron,” a “Deko” or a “font,” depending on the manufacturer.

Whatever it’s called, it can’t be what NBC originally envisioned.

The gay games: gold medalist comes out in Rio