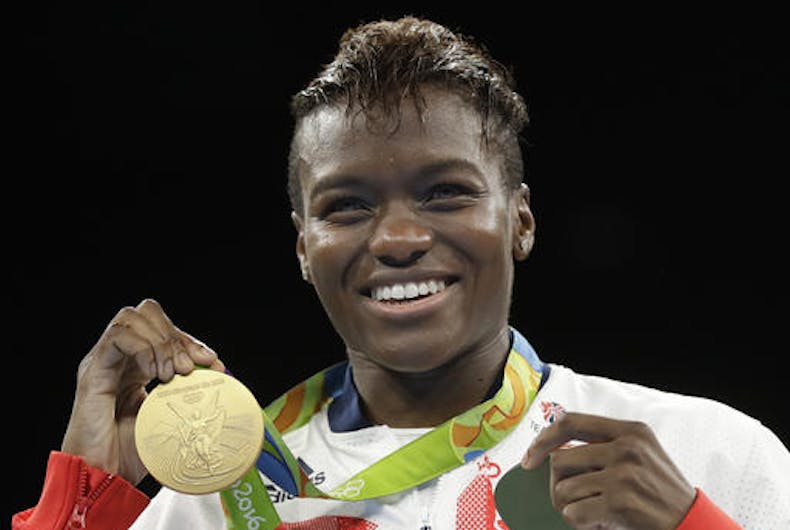 Adams became a household name in the United Kingdom after her 2012 win, and came out as bisexual the following year — though she’d really prefer to avoid the labels.

“I worried about how everyone would react, so I used to say I was single, rather than say I was with a girl,” she told Marie Claire in 2014. “I felt like I was lying all the time. I didn’t like living like that so, in the end, I thought, ‘Well, this is who I am. It’s not as if I can stop it.’”

Her courage in and out of the ring earned her the top spot on the Independent of Sunday’s Pink List of influential LGBTQ people.

“No one’s ever really cared about me being bisexual and I only came out because I had always been out, it’s just the general public didn’t know,” she told Vogue earlier this month. “I’m quite fearless. I’m like, ‘Let’s just go out there and do this and see what happens.’ ”

Now that the world has seen what happens, many are asking if she’ll give it a third try. While Adams hasn’t made a definitive statement either way, the 33-year-old may have hinted at retirement when she commented on how tough the experience is. Her opponent, just one year older, has already announced plans to retire.