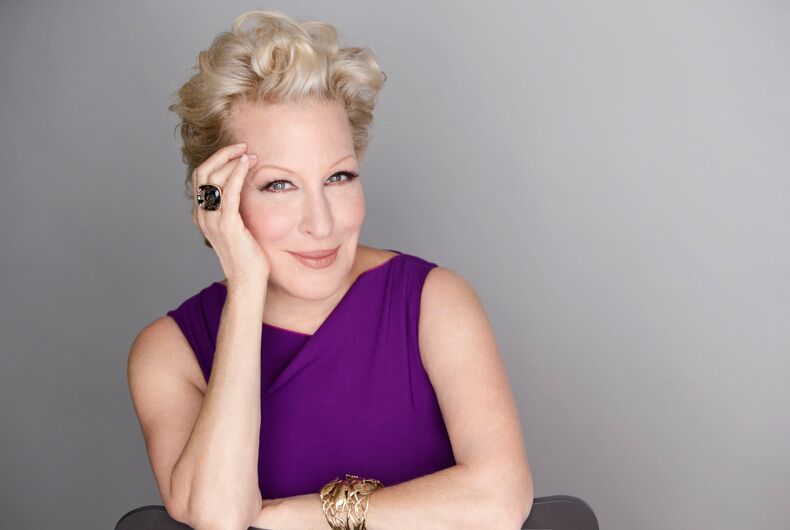 Bette Midler apologized to the Human Rights Campaign today after posting a tweet about transgender Olympian and reality TV star Caitlyn Jenner that was widely interpreted to be transphobic.

In a since-deleted comment originally posted Saturday, Midler pondered whether Jenner might de-transition now that her show “I Am Cait” has been cancelled, suggesting that her gender identity was nothing more than a reality TV gimmick: “Now that @IAmCait has been cancelled, will she go back to being Bruce? Will Kris take him back? Do I smell a re-wedding?!”

She called the tweet a “idle musing” that failed to land due to the “temper of the times.”

DEAR FRIENDS @HRC, WHOM I HAVE ALWAYS SUPPORTED. SORRY LAST TWEET OFFENDED. AN IDLE MUSING. I SEEM TO HAVE MISREAD THE TEMPER OF THE TIMES.

As one commenter pointed out, there’s not an appropriate time or place for transphobia.

Others argued she should have stood her ground.

Midler has in the past sharply criticized Jenner for her Republican political views, saying in 2015 that Jenner must actually identify as “uninformed.”