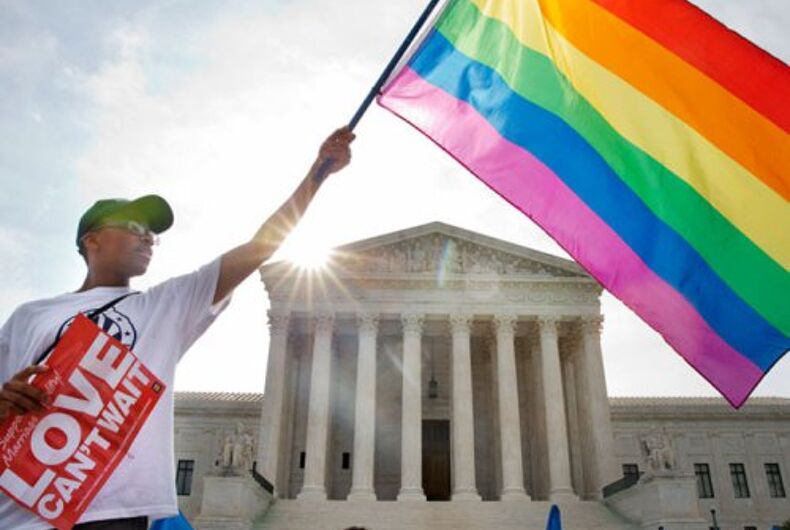 Legislation has been proposed in states across the country to protect those who — due to religious beliefs — decline to employ or serve certain people. Critics say the laws are aimed at the LGBT community and are discriminatory. Recent laws denounced as discriminatory in North Carolina and Mississippi have prompted a growing backlash from opponents. Here’s a look at legislation around the country:

Alabama lawmakers are considering a measure to prevent the state from refusing to license childcare service providers who decline services that conflict with their religious beliefs. Religious organizations contract with the state to provide some childcare services, and opponents of the proposal have argued that the bill could be used to exclude gay and lesbian couples from adopting children or being foster parents. The proposal comes after the U.S. Supreme Court unanimously struck down an Alabama Supreme Court order that invalidated a lesbian couple’s adoption in Georgia.

Arkansas lawmakers last year approved a revised version of a religious objections measure after the initial version faced widespread criticism that it was anti-LGBT. The Legislature also enacted a law aimed at preventing cities and counties from passing anti-discrimination measures that include sexual orientation or gender identity.

Colorado lawmakers introduced a bill in February that would have blocked the state from taking any action that may burden a person’s religious freedom unless it was the least restrictive means of furthering a compelling governmental interest. A House committee indefinitely postponed discussion on the bill.

Republican Gov. Rick Scott signed a law stating that clergy, churches, religious schools and other religious organizations cannot be required to marry people or allow their facilities to be used for marriage celebrations that violate “a sincerely held religious belief.” The law takes effect July 1.

Republican Gov. Nathan Deal vetoed a bill that would have prohibited the government from imposing penalties on religious schools and organizations that chose not to employ or serve people based on their sincerely held religious beliefs. The proposal would have also protected clergy who declined to perform weddings for gay and lesbian couples.

Page 1 of 5
Next »
News
antigay legislation