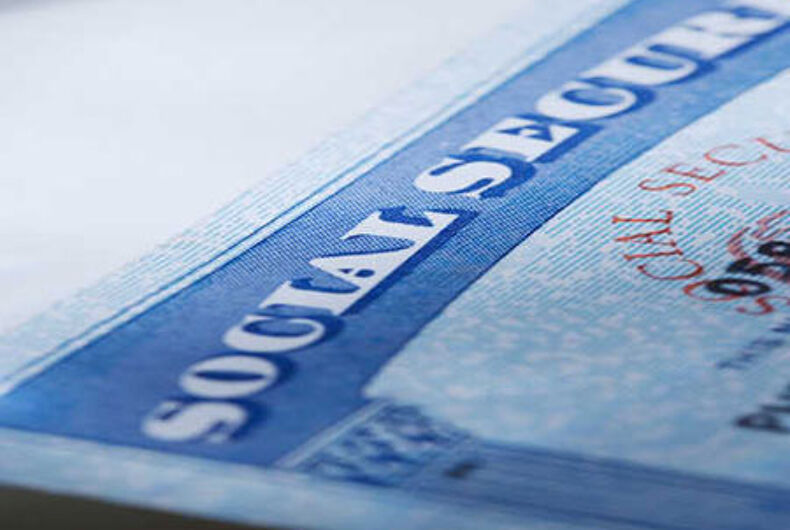 WASHINGTON — Lambda Legal has filed suit against the Social Security Administration (SSA) on behalf of a Texas widow denied spousal benefits after the death of her wife, arguing that denying Social Security benefits to same-sex spouses because they live in states that discriminate against their marriages violates the U.S. Constitution.

For more than 30 years, Texas residents Kathy Murphy, 62, and Sara Barker shared their lives together. Three decades after they first met, Kathy and Sara legally married in Massachusetts in 2010.

Like other married couples, they hoped to grow old together and to live out their retirement years in safety, security, and dignity. Tragically, Sara lost her battle with cancer in March 2012 at age 62, leaving Kathy a widow. Because the couple lived in Texas, which refuses to recognize their marriage, the SSA also won’t recognize the marriage, denying Kathy spousal survivor’s benefits earned by Sara over a life-time of work.

In the complaint, Lambda Legal argues that since the U.S. Supreme Court struck down federal discrimination against same-sex spouses last year in United States v. Windsor, the SSA cannot discriminate by leaving gay spouses without the financial protections of social security as they age.

“SSA should not be telling widowed lesbians and gay men already grieving the loss of a spouse – ‘you live in the wrong state so you don’t get Social Security spousal benefits,’” said Susan Sommer, Director of Constitutional Litigation at Lambda Legal.

The National Committee to Preserve Social Security and Medicare, a Washington, DC-based advocacy organization dedicated to protecting Social Security for all generations and communities, including same-sex couples and their families, is the organizational plaintiff in the case.

Murphy is a member of the National Committee.

“The basic tenets of the Social Security program are that if you contribute to the system throughout your working life, you and your family will receive those earned benefits in retirement, death or disability,” said Max Richtman, President and CEO of the National Committee.

“There is no rational reason why a couple living in Texas, or any other state, should continue to face this type of discrimination including the denial of the Social Security spousal benefits they have earned throughout their working lifetimes. It’s long past time to right this wrong,” said Richtman.

The suit was filed Oct. 22 in U.S. District Court for the District of Columbia.