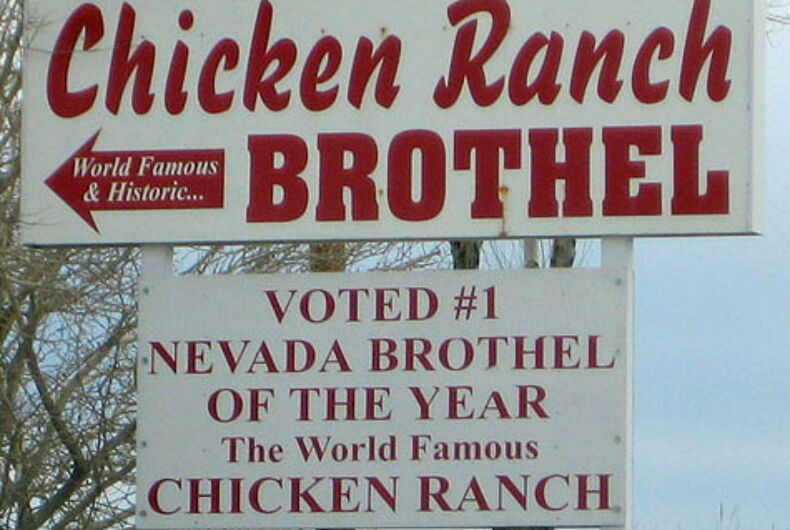 The Chicken Ranch is a legal, licensed brothel located about 60 miles (97 km) west of Las Vegas near the town of Pahrump,Photo: Satori Son, via Wikimedia Commons

There’s one thing Nevada voters across party lines can agree on: they love them some brothels, according to recent Public Policy Polling.

In fact, 64 percent of Nevadans think brothels should be legal, while only 23 percent think they should be illegal.

The most striking conclusion of the polling reflects that equal numbers of both Democrats and Republicans — 66 percent — each think that brothels should be legal.

In comparison, however, in late March, Public Policy Polling found that only 20 percent of Nevada GOP voters supported same-sex marriage.

Nevada is the only U.S. state to allow legalized prostitution, in the form of regulated brothels, which are typically situated in isolated rural areas.

I am the man my father built