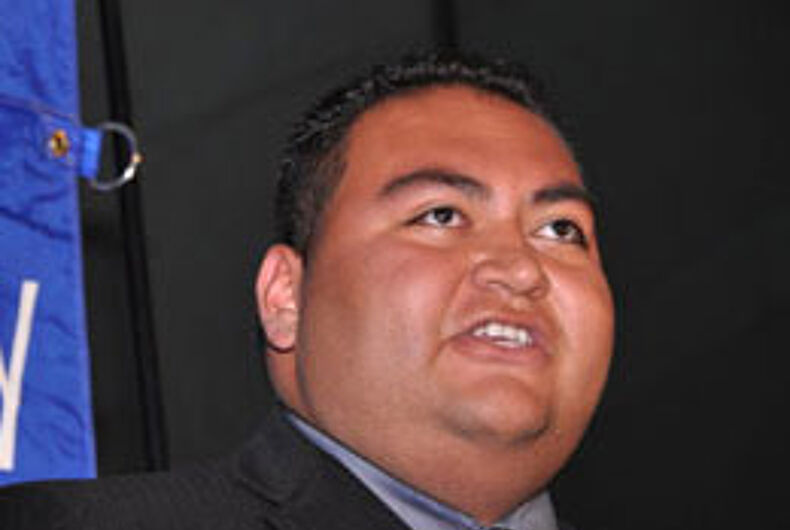 “I don’t think I’m a hero—the heroes are people who spend their entire lives trying to help others.”

University of Arizona student and congressional intern Daniel Hernandez Jr. garnered national recognition when he saved the life of Congresswoman Gabrielle Giffords. President Obama acknowledged him for his heroism.

Raised in Tucson, Arizona, Hernandez has two younger sisters. His mother is a Mexican immigrant and his father is a first-generation Hispanic American. Hernandez became politically energized in response to Arizona’s immigration policies and worked on Hillary Clinton’s presidential campaign. Thereafter, he began his studies in political science at the University of Arizona. While attending college, Hernandez served as a campaign manager for State Representative Steve Farley, the minority leader in the Arizona State House.

Hernandez is an openly gay member of Tuscon’s City Commission on GLBT Issues. He worked with the Arizona Students’ Association to lobby the state legislature for students to be excused on Election Day to vote.

Hernandez met Congresswoman Giffords while working on her 2008 election campaign. He began as her congressional intern shortly before Giffords and 18 other people were shot in January 2011.

Hernandez is credited with saving the congresswoman’s life. He stepped into harm’s way and used his emergency medical training to keep Giffords alive until the paramedics arrived. In his words, “It was probably not the best idea to run toward the gunshots, but people needed help.” His actions resulted in President Obama and others calling him a national hero. He rejects the honor in the belief that any good person would have done exactly the same.

Hernandez spoke to a crowd of more than 27,000 people and 500 media outlets at “Tucson: Together We Thrive,” the memorial event for the shooting victims. At the event, President Obama acknowledged Hernandez and invited him as the guest of the president and first lady to the 2011 State of the Union.

Equality Forum presented Hernandez with the 2011 National Hero Award. He resides in Tucson and plans to devote his career to public service.